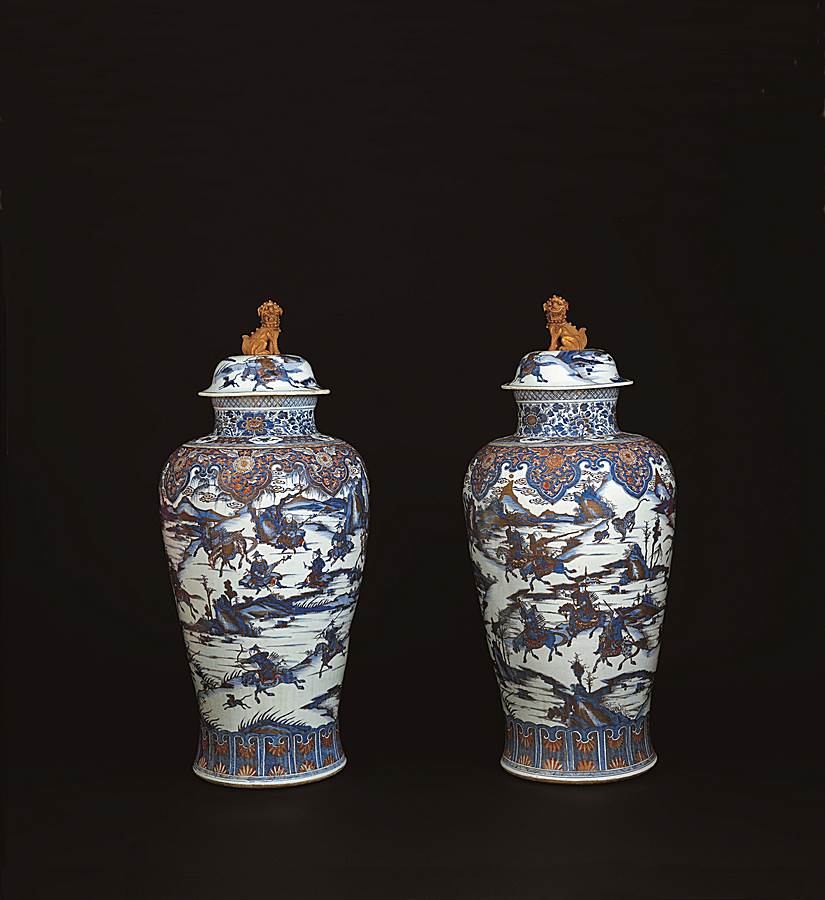 REF No. 5678
A pair of Imari soldier vases and covers -- THIS ITEM IS SOLD

Fine pair of Chinese Imari soldier vases and covers vividly painted with mounted warriors and hunting scenes, the shoulder with linked ruyi heads and the foot with a shell border.
Kangxi period, circa 1690

These soldier vases, so called because they were often paired on either side of a door like sentries, are decorated in the ‘Chinese Imari’ palette. The hunting scenes represent a subtle propaganda for the Emperor Kangxi of the Qing dynasty whose rulers conquered China after the Ming collapsed in 1644. The Qing originated in the plains of the north and hunting was an important part of their culture and folklore. The Imari palette copied Japanese porcelains exported from the port of Imari in the 17th century and these examples are characterised by its more delicate use of washes and white space.