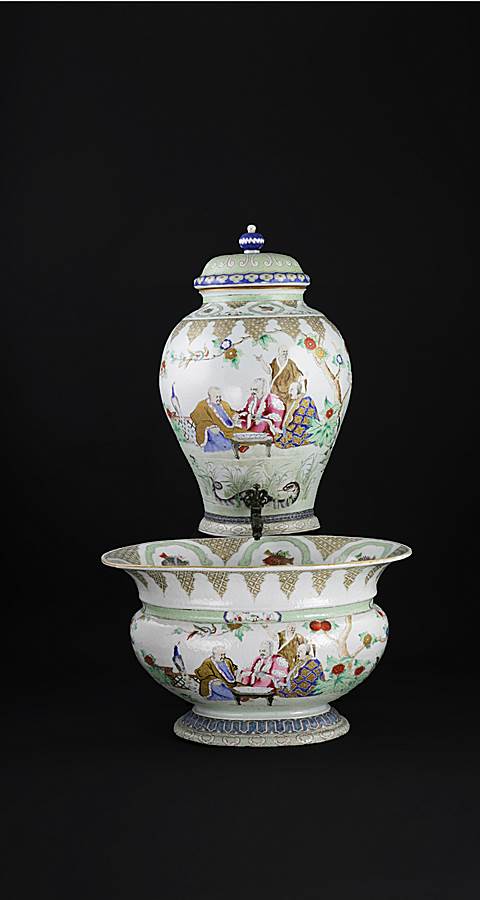 A famille rose cistern and cover with basin, brightly enamelled with a scene showing three elaborately robed figures seated beneath a flowering tree, the figures to the right and centre each holding a fish, and a fourth bald-headed and simply clothed figure standing behind them. In front of the seated men is a low table of European design on which rests a large kraak porcelain dish, in the background a peacock is perched on a trellis fence watching a bird in the tree, the interior of the basin with cartouches of fish trios in panels.

The scene on this cistern and basin is known as 'The Doctor's Visit to the Emperor' and is after a design by the Dutch artist Cornelis Pronk. It was the second drawing (of four) the Dutch East India Company (VOC) commissioned from Cornelis Pronk in 1735, and, like the others, it portrays a very Western view of life in China. For example the table is of a European design and the dish on it is of the 'kraak' style, which is a type that was exported to the West in the late sixteenth and seventeenth centuries and would never have been used by the Emperor.

See the catalogue entry in Tiptoe Through the Tulipieres for a detailed description of this item, including the extraordinary images of the Indo-pacific coral reef fish in the border.