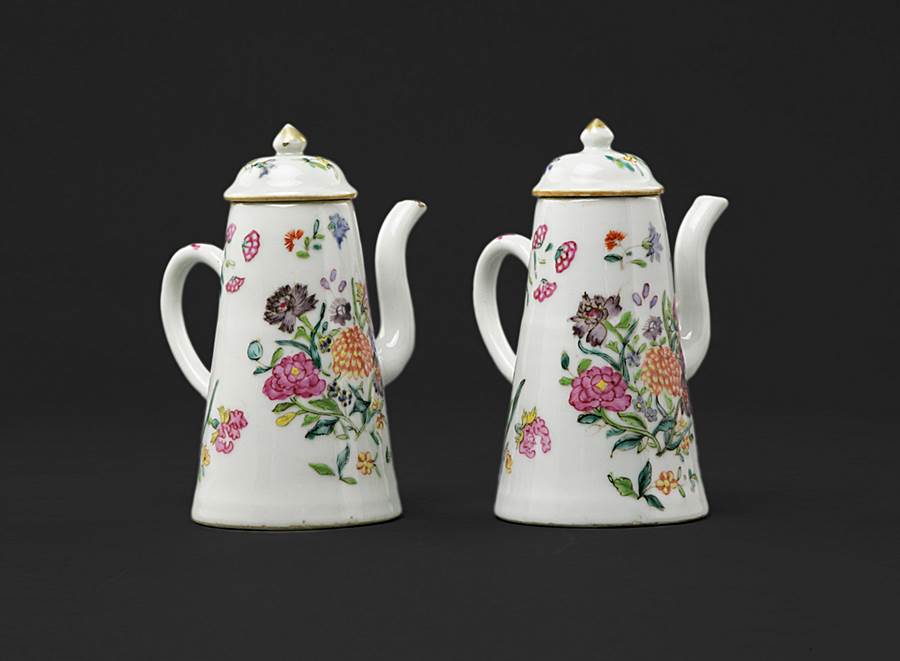 A pair of miniature chocolate pots and covers, finely painted with flowers in famille rose enamels.


Miniature porcelain pieces such as these were made as entertaining and decorative curiosities or as part of a small service for a child. The style of flowers here is not typically Chinese and is probably copied fairly closely from a European example, probably Meissen or Höchst.
The form is called a chocolate pot, the handle and spout typically at an angle like this. The first Chocolate House opened in London in 1657 when the drink was introduced from the West Indies, originating in South America, though it had been known in Spain since the early 16th century. Chocolate houses preceded coffee houses and became very fashionable places to be seen - and to get the latest gossip. It was introduced to Germany in 1704, and promptly taxed, and it arrived in America in 1755 at around the time that these pots were made in China.
The Catholic church declared that it could be consumed during a fast, which added to its popularity - until Pope Clement was killed by poisoned chocolate in 1774. 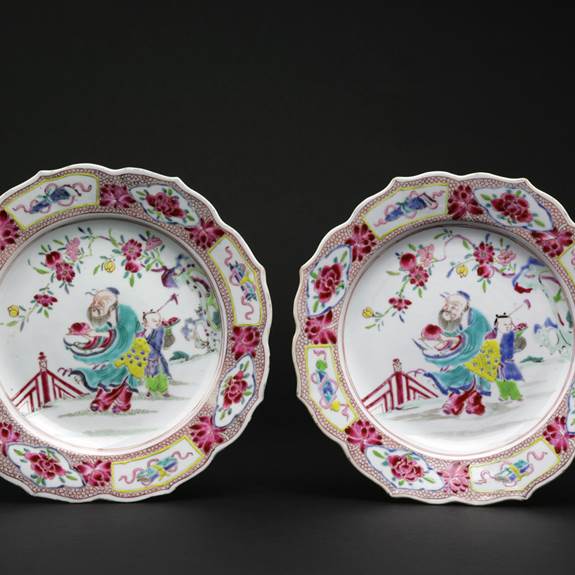 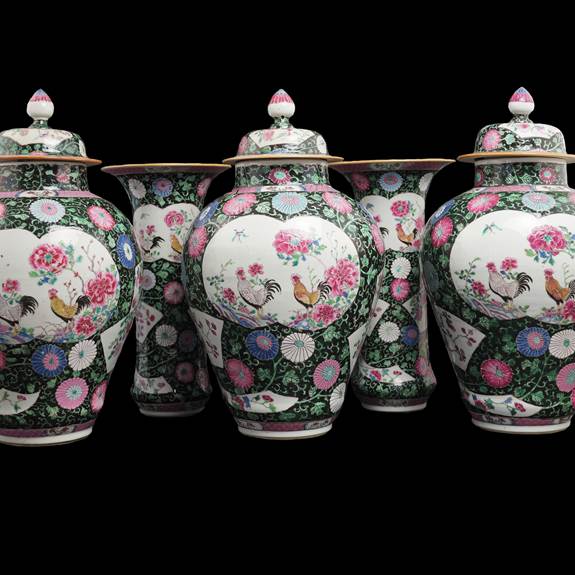 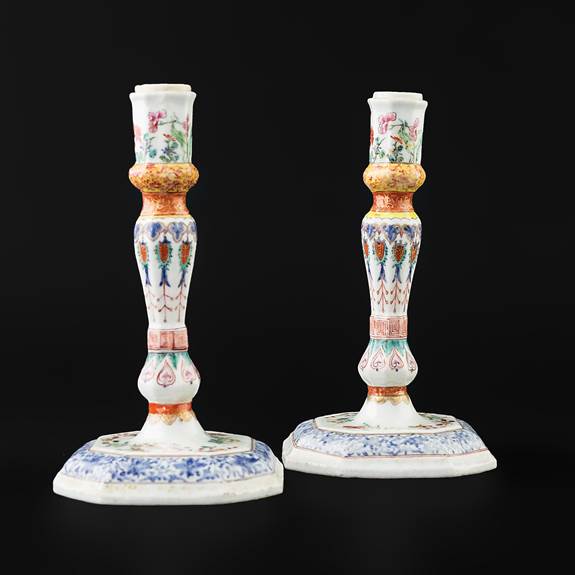 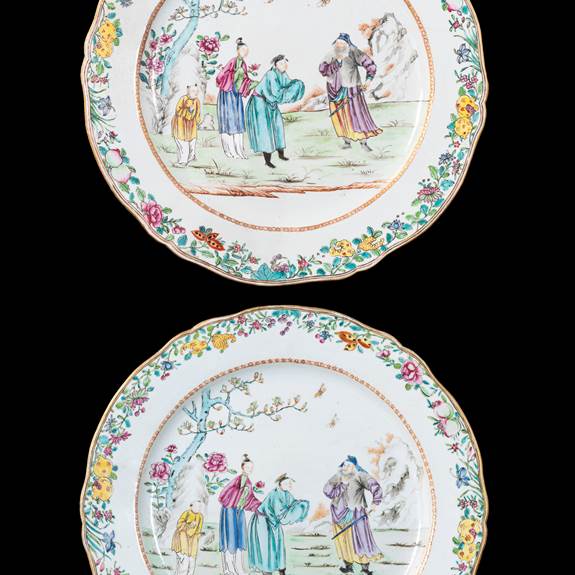