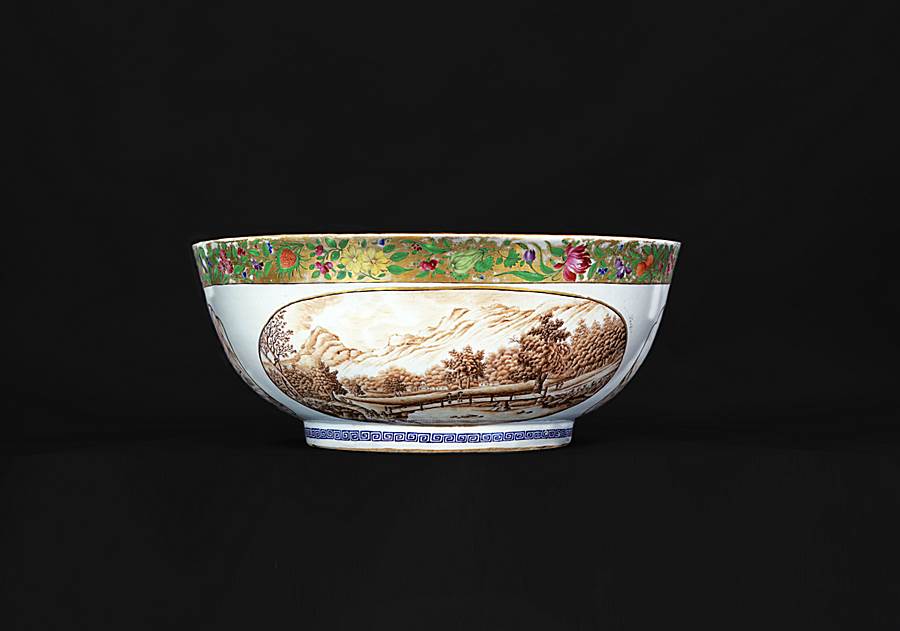 A massive Chinese export punch bowl with sepia panels of landscapes, one European and one apparently depicting the Farmer’s Free Bridge, New York, built 1758, with unusual neo-classical borders to the interior.