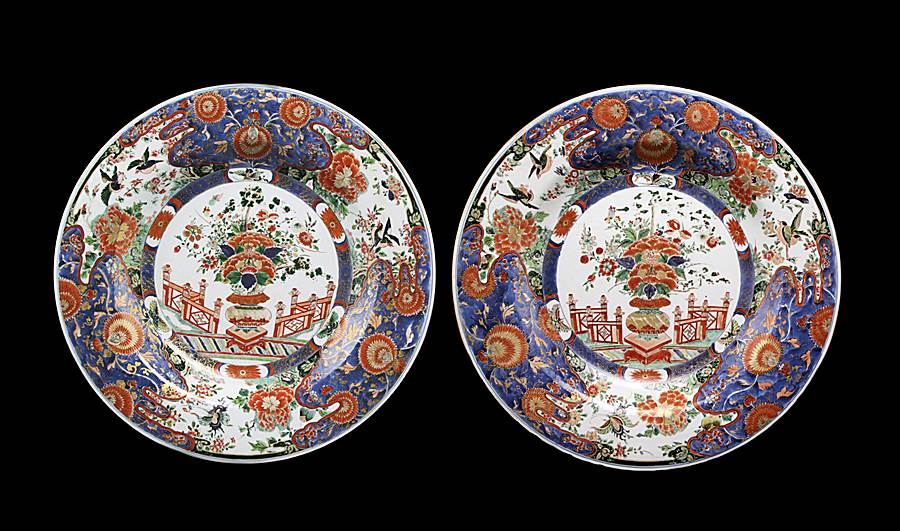 A rare pair of very large verte imari chargers each with an elaborate border of chrysanthemums and a central vase of flowers on a terrace, decorated in underglaze blue with iron-red, green and gold.


The design is derived from Japanese ceramics, and was in turn copied by some European factories including Meissen and Belvedere Warsaw Faience, most notably in a later service for Sultan Abdul Hamid I, which has resulted in this design being known as the ‘Warsaw’ pattern.
Such large ‘imari’ palette chargers were very popular in many large castles and palaces across central Europe. Examples are known with Johanneum mark for the Augustus the Strong collection.