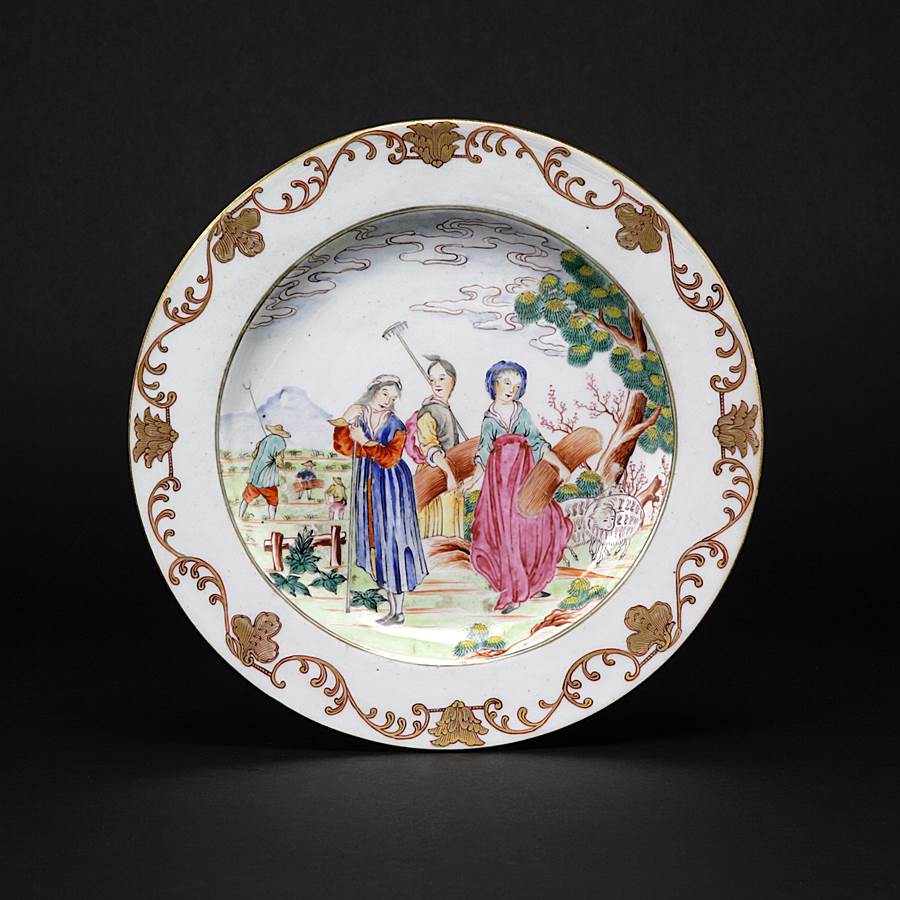 A rare dinner plate with a European subject scene of harvest, the border with a gilt rococo shell and scroll.

This is one of the rarest of such European scenes and is taken from an unidentifed European print of the type produced by Nicholas Larmessin and others - possibly from a series of the seasons. Several others after prints by Larmessin after Lancret are also known on Chinese export porcelain (e.g. see Cohen & Cohen 2005, p47, No 22) but this scene, possibly representing Autumn, is not from that series.

A dinner plate from the Hodroff collection is illustrated in Howard 1994, where he notes its rarity and that it might be a biblical scene from the old testament showing Naomi and Ruth but it is not from any of the biblical series of illustrations that are found on Chinese export porcelain. A simplified version of the design is also found on a later service from about 1800. 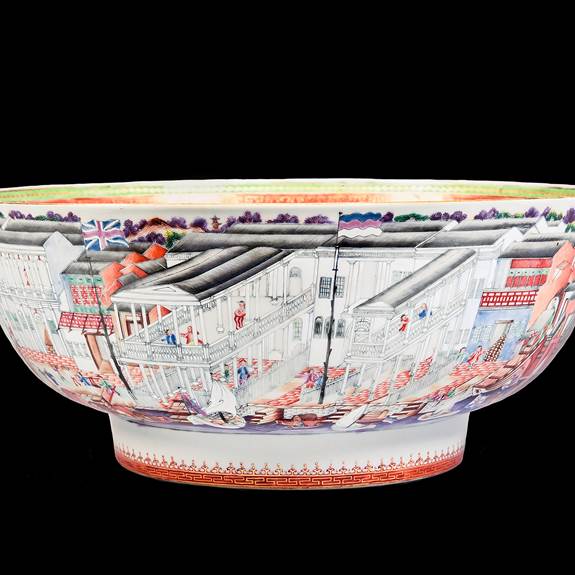