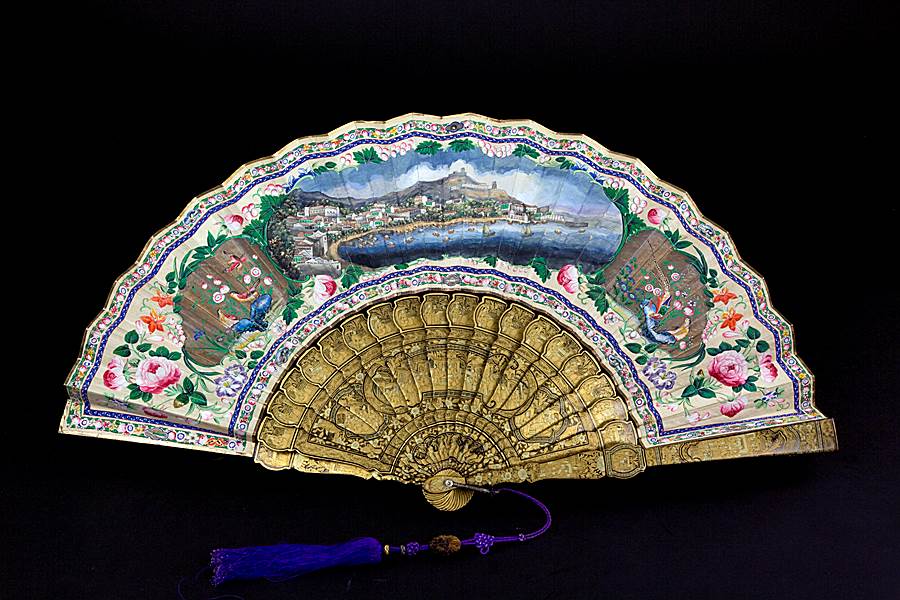 A rare topographical Chinese export paper fan with lacquered spokes, one side painted with a harbour scene, the other with scenes in a Chinese street; in its original lacquer and painted box.

The harbour scene shows a view across the Harbour of the Portuguese colony of Macau, seen from Penha Hill - a view engraved in the 19th century by J Heine. The fortress on Guia Hill, built in the 17th Century, is visible in the distance, with the lighthouse built about 1865.
The reverse has a view of European style buildings in gardens which appears to show a street scene in Macao close to the canal, with a fort on the hillside above. The street lamp-posts in Macao were first installed around 1870.