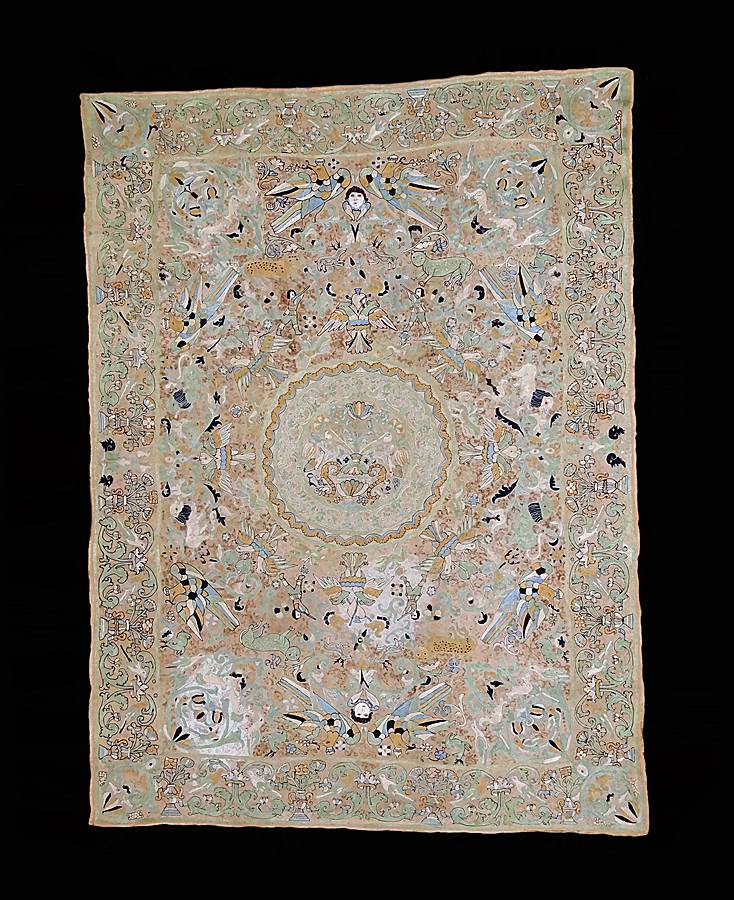 REF No. 6151
indian embroidered textile made for the Portuguese market

A rare and fine Indo-Portuguese textile, with elaborate embroidered decoration, the central panel with tulips, surrounded by Christian symbols, doves, angels and the Sacred Heart, the outer border with scrolling foliages and further vases of tulips.

The Portuguese established a colony in Bengal around 1537 and by 1570 were exporting quantities of embroidered textiles, known as calchas, to Europe. The embroidered designs include decorative motifs borrowed from both the Indian and European tradition. They include features of Italianate Renaissance origin and also motifs from 16th century Spanish and Portuguese art such as the double-headed eagle, as well as hunting scenes.

Several styles of the Bengal work are recorded and this appears to be kashida, worked in chain stitch and using muga or tussur silk. Usually kashida embroideries are monochrome so this and the next item are very rare and unusual in using polychrome silk and cotton panels.

Among the sixty-four kalas (arts) mentioned in the Kamasutra is that of vastuvidya, anything made skilfully, which includes viracana, the making of quilts and covers often with embroidery. (see Teotónio R. de Souza, Ed. 1985, Indo-Portuguese History: Old Issues, New Questions, p136 (in Chapter 12: Indian Textiles in Portuguese Collections, by Lotika Varadarajan)

Exhibited: "Uma familia de coleccionadores, Poder e Cultura", Casa Museu Dr Anastácio Gonçalves, Lisbon, Cat 62, where it is suggested that they were possibly acquired by D. Frederico Guilherme Sousa e Holstein (1737-1790) Governor of India for 7 years (1779-86). However another member of the Sousa famiy, Archbishop Braga D. Luís de Sousa (1637-1690), was Portuguese Ambassador to Rome between 1675 and 1682 and is recorded as having Indian textiles in one room in his "sumptiously furnished palce" (Karl 2016, p72)- which might have been these examples? 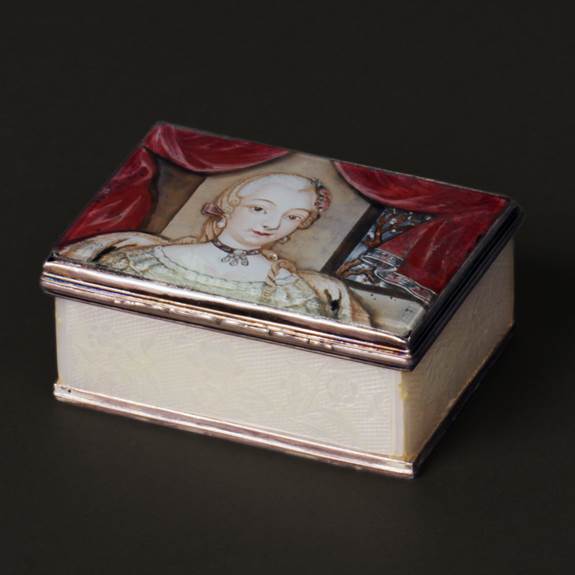 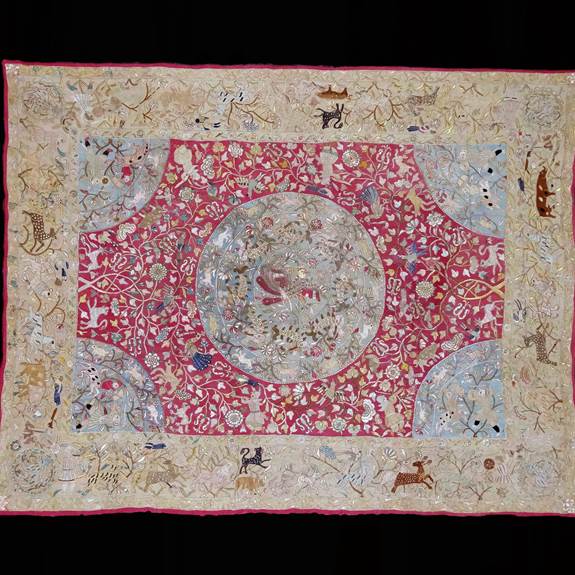 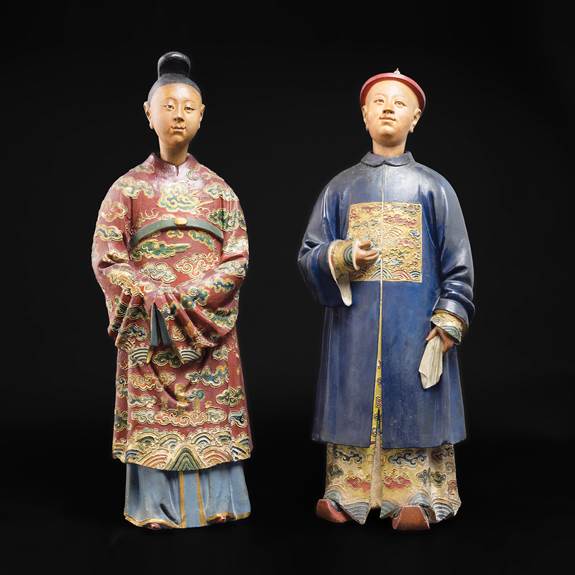 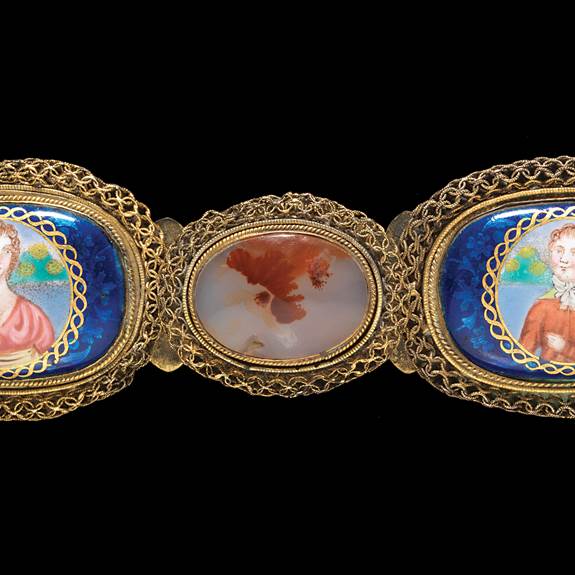 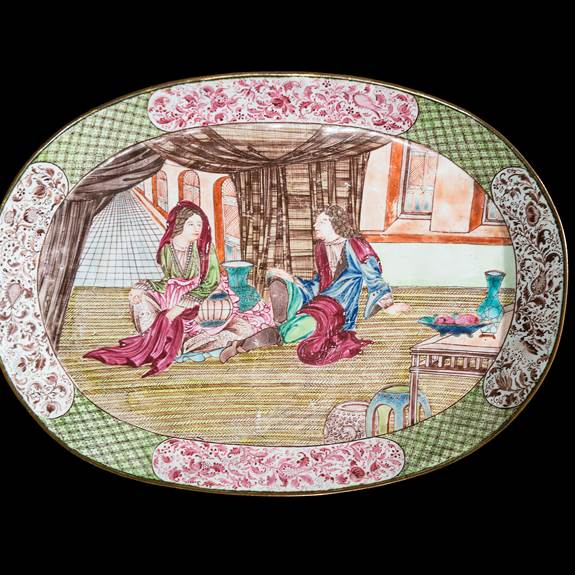 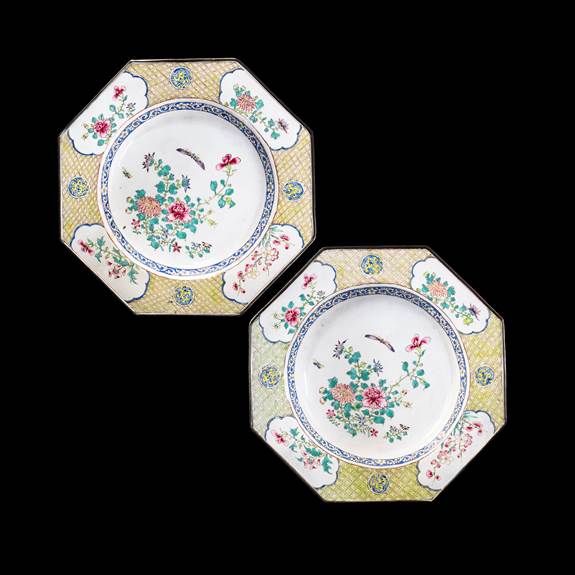