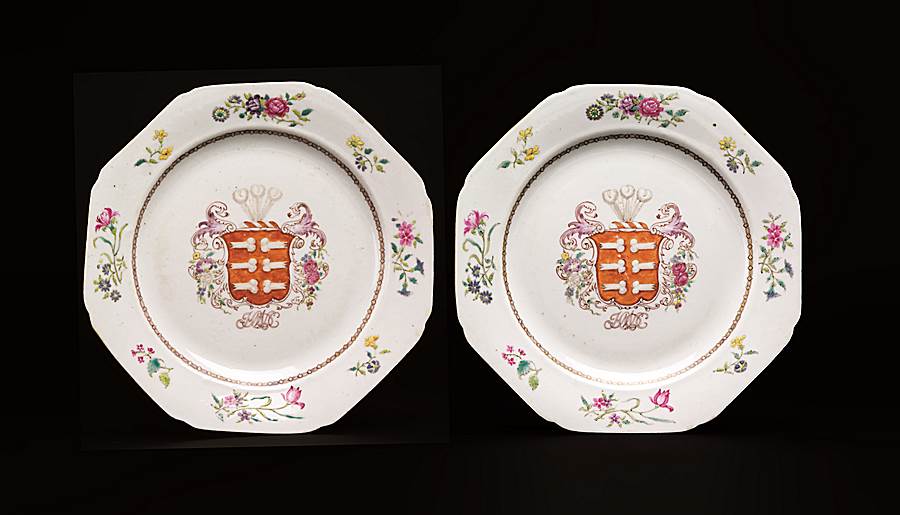 A rare pair of Portuguese market octagonal dinner plates with the central arms of Mendes da Costa, the cavetto with a chain border, the rim with scattered flowers in bright famille rose.

These plates come from a very rare and unusual service made for the exiled Portuguese Sephardic Jewish family of Mendes da Costa. The arms show six rib bones (Costa = rib). Earlier Chinese export examples are known in blue and white with these arms for the Portuguese market. Three services are known for the English market using these arms which were granted in England in 1723 to Leonora Mendes da Costa, widow of Alvares Mendes da Costa ‘late of Highgate, Hornsey, co Middlesex... having represented that her husband and his ancestors had lived in the credit and reputation of gentlemen... but in regard to their foreign extraction... her said husband and his descendants being naturalised by Act of Parliament.’ (quoted thus in Howard 2003, p348).
Castro suggests that this service was ordered by a son (Joao) of Catarina Mendes da Costa, who combined their names. Howard gives the monogram as KMDC. However closer examination suggests it is HMDC which would be for Hananel Mendes da Costa (1739-1810) son of Jacob and Branca (d1777), and of the same family though the genealogy is uncertain.
Hananel was born in Hackney and became a successful and wealthy merchant in London, trading diamonds and coral with India, working with his uncle Benjamin and very active with the East India Company. The Mendes da Costas had a close association with the de Castro family who also traded coral from India, a relationship that was further cemented when Hananel’s daughter Judith married Moses de Castro in 1784.
From 1761 he traded under his own name and he married about this time to Ester (named in his will as his widow 1810 and she died 1813). It is assumed that this service was also ordered at this time - the chain border in the cavetto of the plate is very typical of the 1760s. He lived in Willoughby House, Edmonton from 1764-1773 moving to Devonshire Square, Bishopsgate St. about 1780. His son Hananel (1789-1826) was President of the Royal Medical Society in 1816. He traded in whatever he could: in 1774 he is mentioned as buying 291 hogsheads of tobacco imported from Maryland, in the American Colonies, by Joshua Johnson, which he sold on to the Dutch market.
The Mendes family were from a Sephardic Jewish family that had been forced, under threat of execution, to convert to Christianity by the Inquisition in the Iberian peninsular in the sixteenth century. By the seventeenth century a number of such families had moved to London, Vienna or Amsterdam where they had become very successful merchants. These families included da Costa, Lousada and D’Aguilar - all of whom intermarried with the Mendes family and some were later ennobled.
Fernando Mendes’s sister Leonora (who had been granted these arms in 1723) had married her first cousin Alvaro da Costa, who had moved from Portugal to London in 1660. Their son Moses (Anthony) became the husband of Catarina, his first cousin, in 1698. Moses was a very successful banker and owned substantial shares in the Bank of England, though he was never on the board. In 1727 he took an action against the Muscovy Company, a trading company, that had refused to admit him as a member on the grounds of his Jewish background. Although the Attorney-General decided that he should be admitted, the Company petitioned parliament to change the law so that they could refuse membership to Jews.
Catarina was the daughter of Fernando Mendes, the Marrano doctor of the Portuguese King John IV. Fernando accompanied King John’s daughter Catherine of Braganza to London to marry King Charles II of England. Catarina was born in 1678 in Somerset House in London and Queen Catherine, after whom she was named, was her sponsor. Catarina was a talented painter and a number of her portraits of her family survive including one of her father in the collection of the Brevis Marks Synagogue, London. Moses died in 1747 and Catarina in 1756.
Another service of about the same date is known from a milk jug and has a ‘crescent for difference’. A much later third service is known from about 1880 possibly ordered by Sir Michael Costa (1810-1884) a composer and conductor. All three of these have the three plume crest. An Isaac Mendes da Costa, possibly a son of Catarina, moved to Amsterdam and joined the Dutch military, being posted as second lieutenant to Java, Dutch East Indies.

References: Howard 1974, p551, this service; CAP Vol II, p348, the milk jug with ‘crescent for difference’; p704, the 1880 service; The Gentlemen’s Magazine, Jan 1812, Vol 82, p22, an article on the Mendes da Costa family by a member of the family using personal MSS; Joshua Johnson's Letterbook 1771-1774: Letters from a merchant in London to his partners in Maryland (London Record Society, 1979), pp. VII-XXVIII ; Castro 1988, p97 a circular dinner plate from this service; NB: the Mendes da Costa genealogy is tortuously complex as they routinely married cousins, aunts etc, used a small range of names repeatedly and the various online accounts contradict each other - a definitive account has yet to be published! 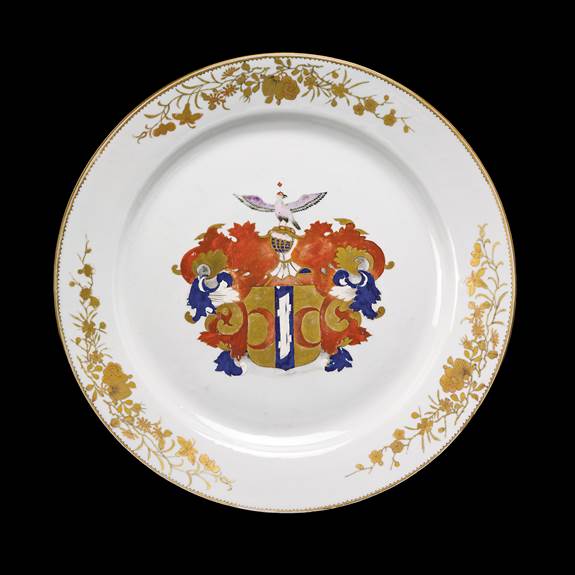 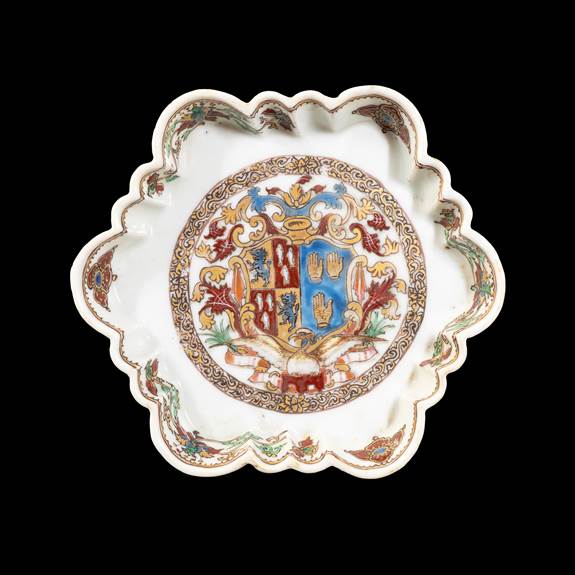 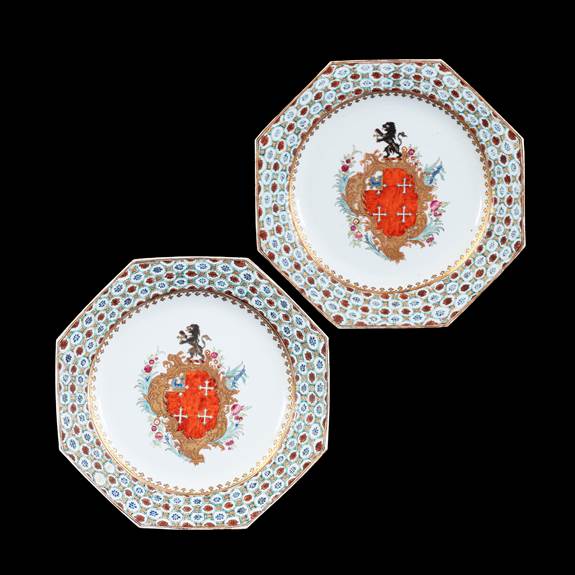