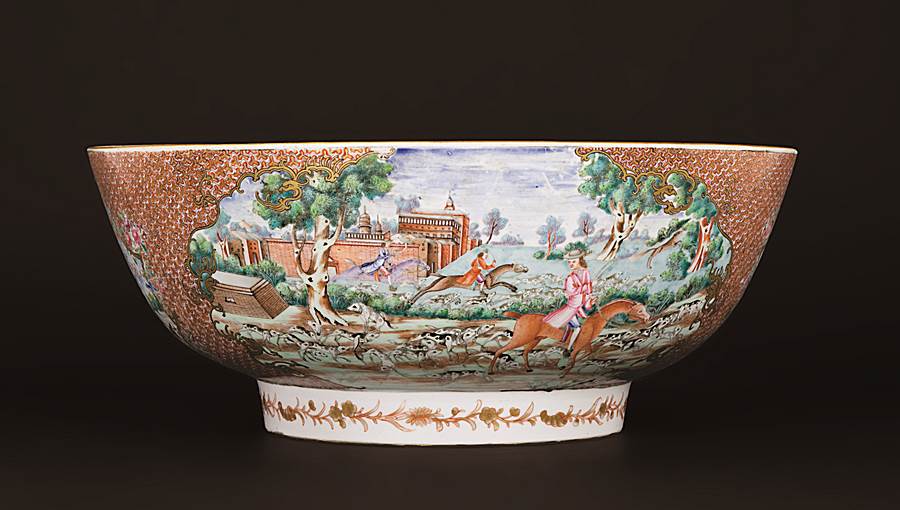 Hunting bowls were popular in the second half of the eighteenth century and many different versions are known. This is a fine example of a high quality bowl with decoration that places it in the last quarter of the eighteenth century. The hunting scenes on the outside are quite fanciful and, though reminiscent of the scenes by James Seymour, engraved by Thomas Burford and P Canot, they are quite different too. The buildings have been exaggerated and the riding figures are holding their crops up high. Most likely this is the result of several cycles of copying and elaboration by the Chinese enamellers.

However the scene in the interior of this bowl is a close copy of a print by Thomas Burford, Pointers and Pheasants. It is not known if this is after Seymour, though a similar print Pointers and Hare is by Burford after Seymour and that print is known on another Chinese export punchbowl.