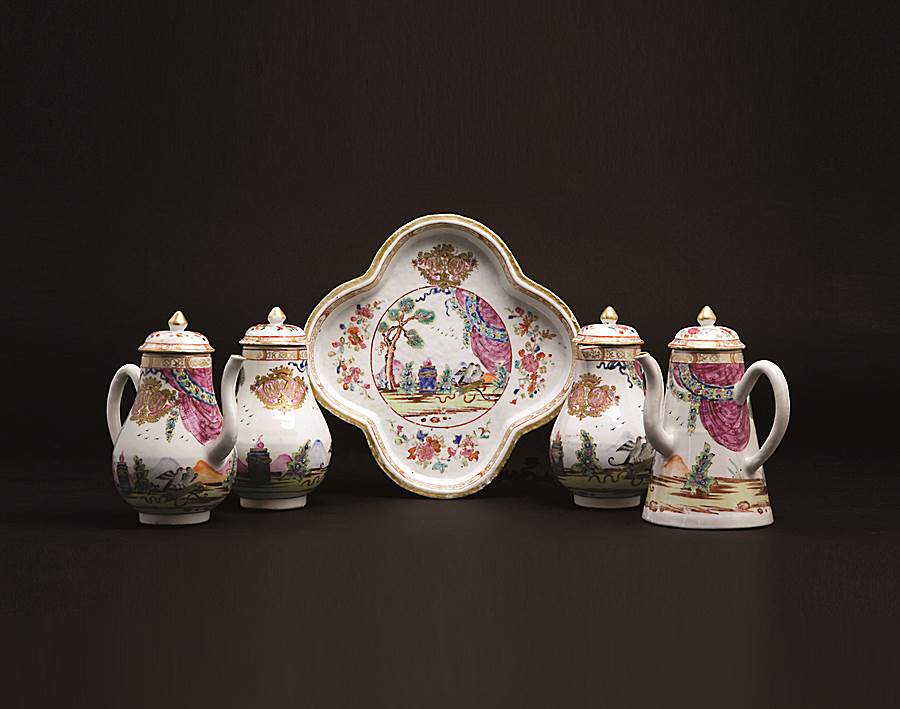 
A set of four famille rose jugs and pots with covers together with a Fitted Tray, decorated with a wedding monogram MH-MH, a romantic landscape scene and kissing birds in the Valentine Pattern.

This is a well known pattern found on a small range of Chinese export pieces. The origins of it are not clear but it seems to have been done for Lord Anson in 1743 and is based on a drawing by Sir Piercy Brett (c1710-1781) who was lieutenant on Anson’s flagship HMS Centurion on his voyage round the world 1740-4. Anson made Brett captain of the Centurion while they were in Canton, 30 Sept 1743, and he did many drawings of the voyage. The earliest version of this pattern has a breadfruit tree and palm tree that then appear in the centre of an export armorial dinner service with the arms of Anson. In this service the tree has garlands of flowers and many of the elements of this pattern are present: the flaming hearts on an altar, the dogs, the shepherd’s crook, the birds, the bow and arrows.
The version here omits some of them but also includes the drawn back curtains which are very suggestive of an erotic voyeurism, resembling the drapes of a four poster bed. Such use of a suggestive array was popular for an eighteenth century audience and would have been readily comprehenisble to an educated eighteenth century eye. The use of pastoral imagery and symbolism as code for amorous activities was ubiquitous then - as can be found in the poetry of the period which is full of lads and lasses sighing among the hills and dales.
This must have been ordered for the marriage of a young couple, whose initials form the complex monogramme which appears to be MH & MH. 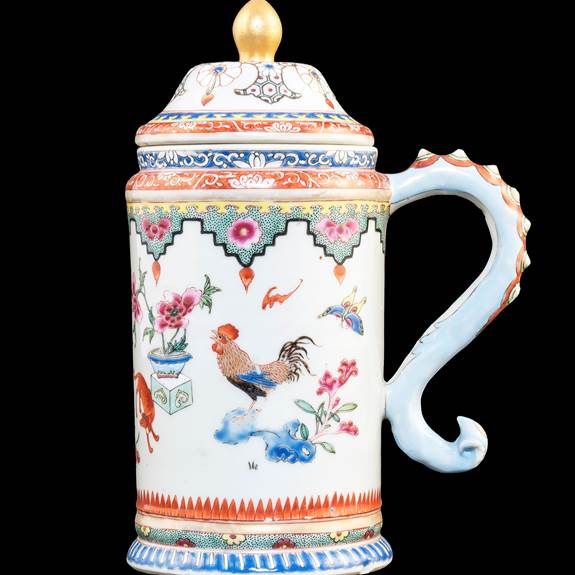 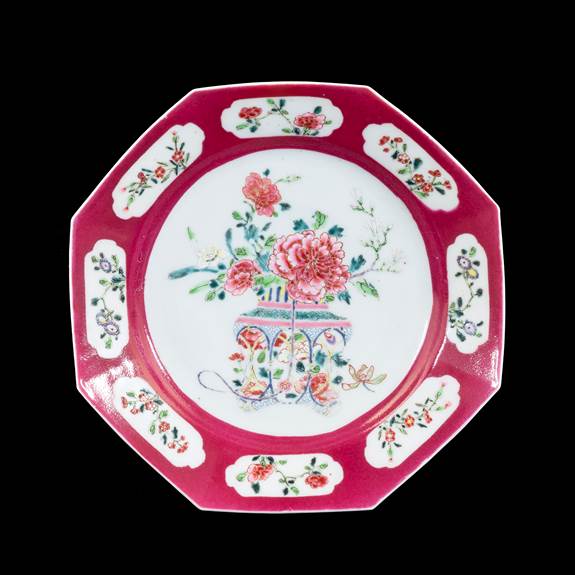 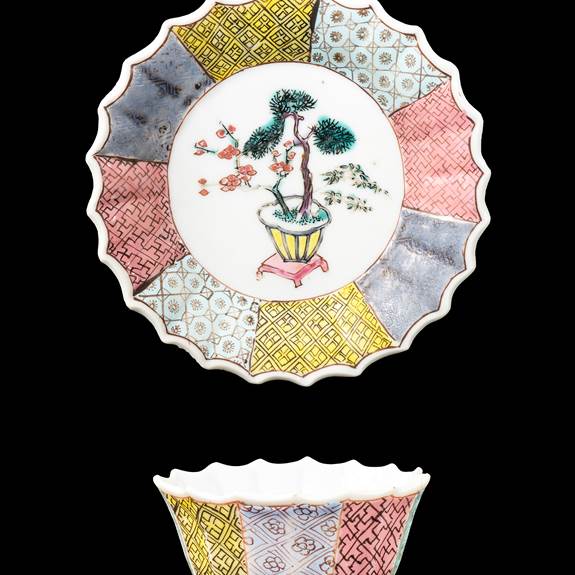