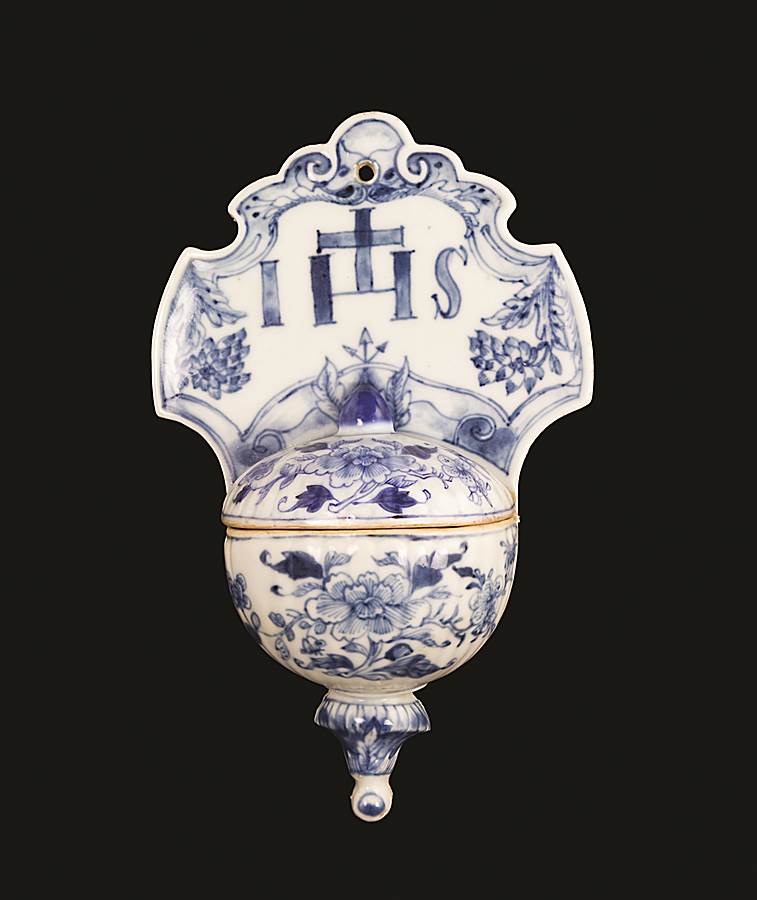 Such fonts or stoupes are intended to hold small quantities of holy water, usually with a sponge, for people to dip their fingers in before making the sign of the cross. They were often placed at the entrances to churches or holy sites. The form is known in defltware, faience and metalwork but is rare in Chinese export porcelain. Dias 1996, suggests that the presence of the lid means this was probably for private use rather than in a church.
The letters IHS, with crucifix above it and the three nails that pierced Christ’s body below, form a symbol used by the Society of Jesus, an order of Roman Catholic priests founded by St Ignatius of Loyola in 1534.
IHS are the first three letters of Jesus when translitered into Latin from the original Greek (ΙΗΣΟΥΣ = IHSOUS). With the nails the letter V is also formed and IHSV stands for In Hoc Signo Vinces (In this sign, you shall conquer). 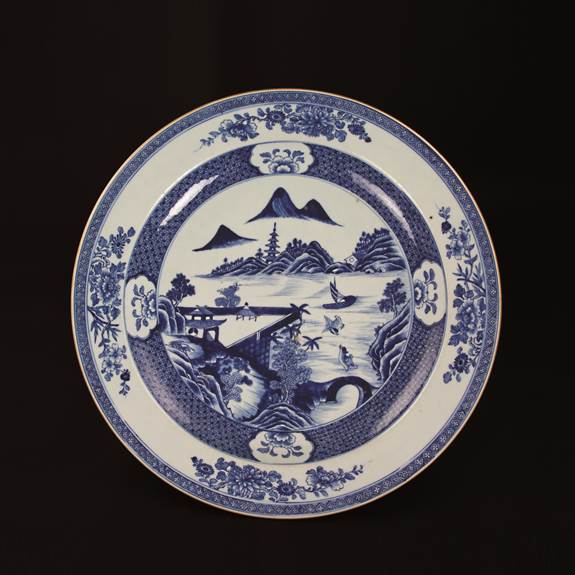 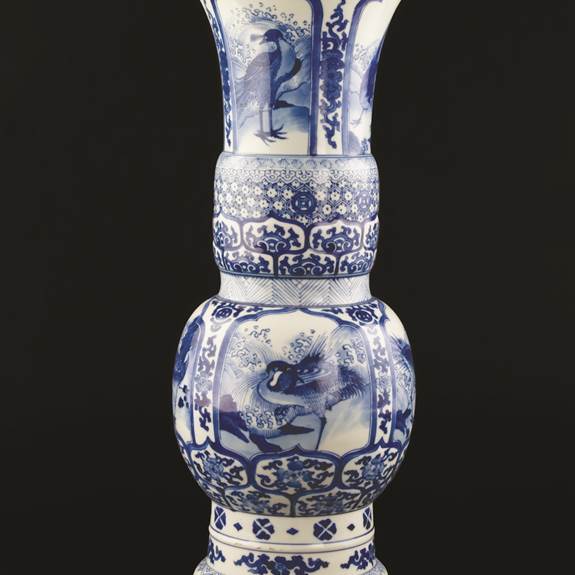 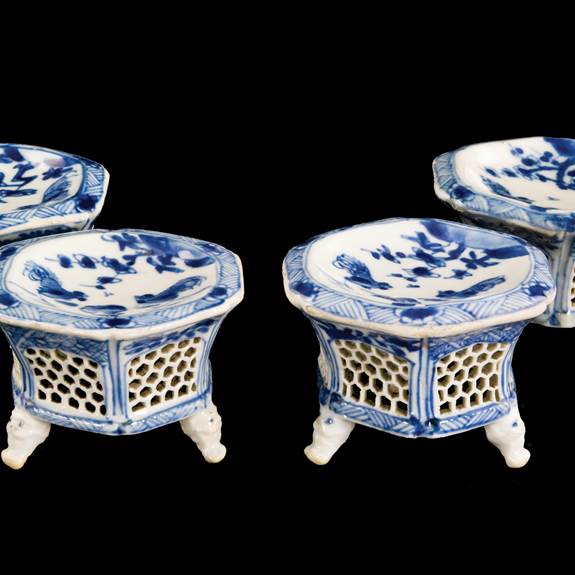 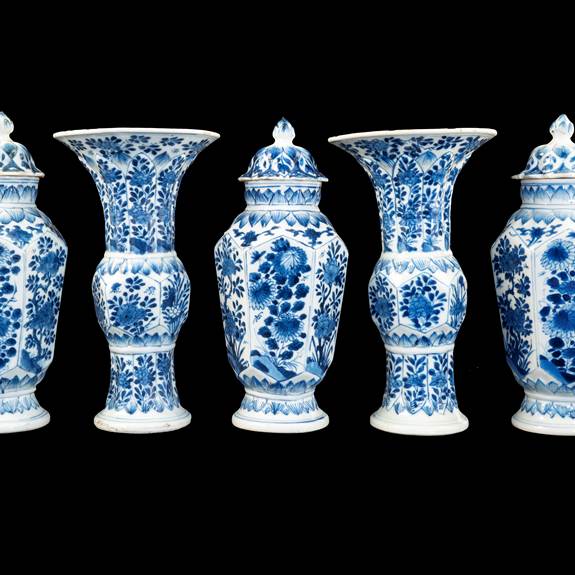 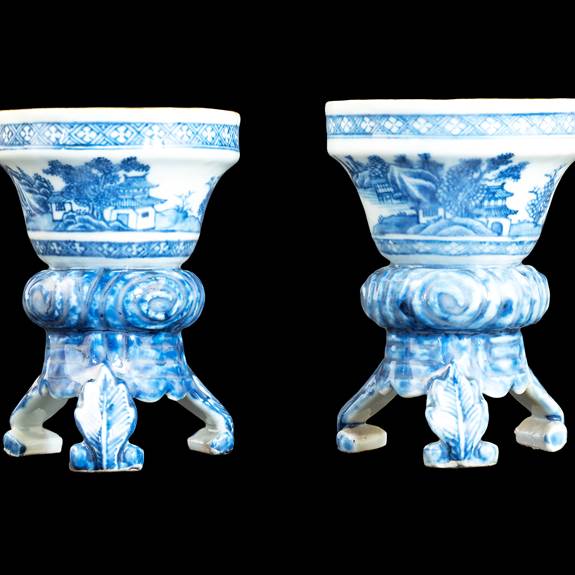