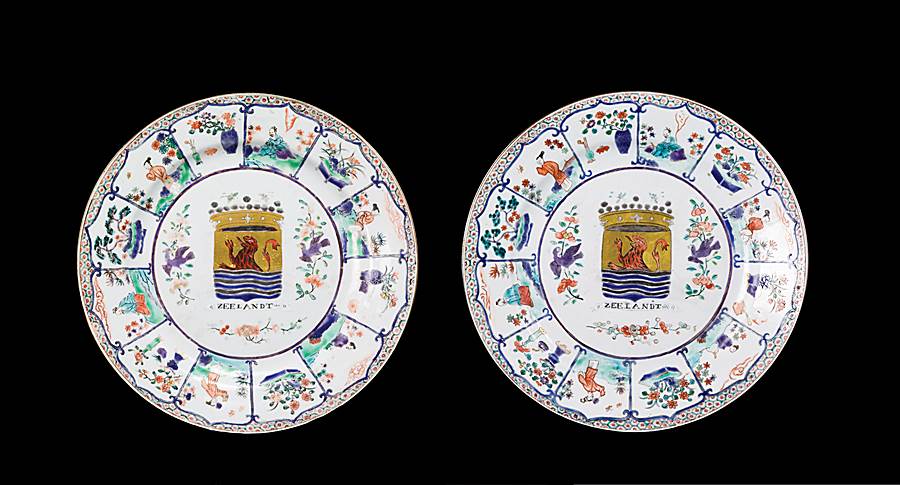 A pair of Chinese export porcelain dinner plates with a central coat of arms and the name Zeelandt underneath, the rim with panels of Chinese figures and flowers, painted in famille verte enamels but including an opaque white enamel.

This pair are from a late order recorded circa 1752, of a type that was mainly ordered at the end of the reign of Kangxi. At that time five series of chargers and basins were ordered, four from China and one from Japan, between 1710 and 1730 with the arms of 24 different places, mainly towns in the Netherlands and Belgium, but also the arms of France and England. This sixth order is only known for Zeelandt and copies the first series but significantly the blue is overglaze not underglaze and the white enamel is included, though the remaining enamels are still used as in the famille verte palette.