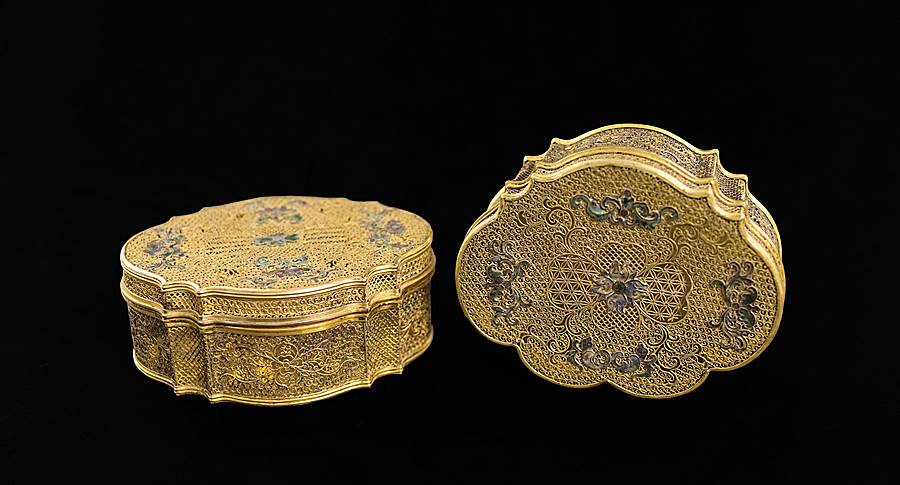 A rare pair of silver gilt boxes of lobed forms with detachable lids, the outside decorated in intricate wire filigree with applique flowers.

These boxes compare with a small range of such items made for the Chinese Imperial court as tribute pieces. They also relate to similar boxes among the Treasures of Catherine the Great of Russia, in an inventory list of the Winter Palace of 1789 which gives the set as being 'Chinese'. The taste for 'things Chinese' was well developed in Russia by the eighteenth century. Merchants and embassies were requested to source items for the Russian court that were Chinese.