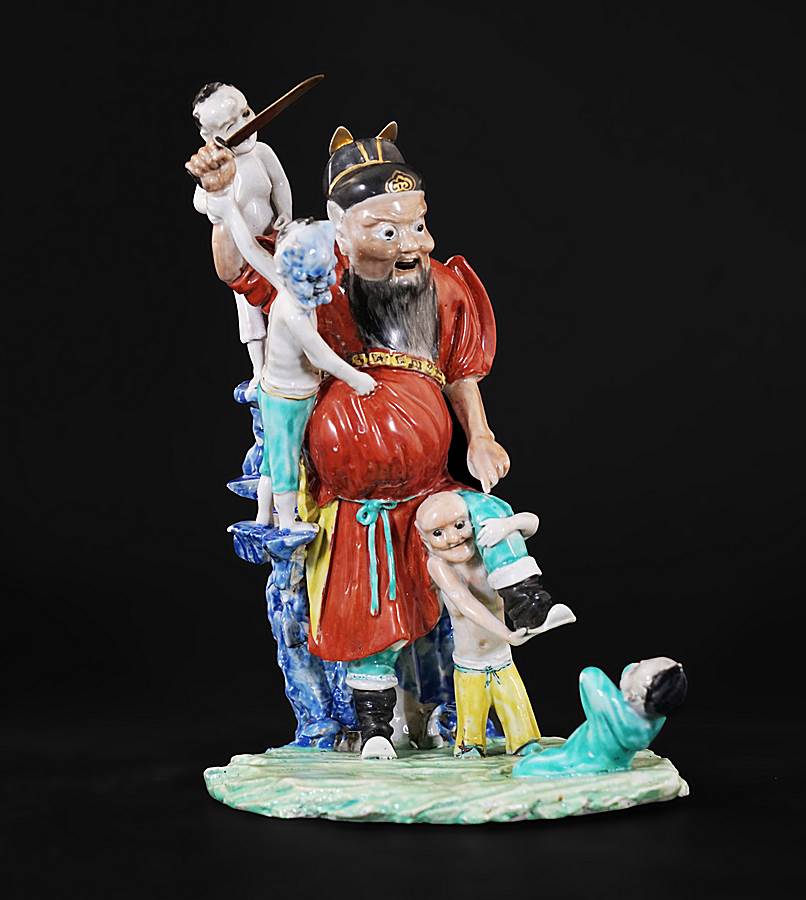 A rare figure of a bearded demonslayer in a red robe, struggling with four demons, a metal sword helt aloft, the tongue articulated, on a green rock moulded base.

The figure is Zhong Kui, a popular Chinese mythological figure, who guards against unwanted demons.

One fine detail of this extremely rare figure is that the small tongue is articulated on a wire inside the head so that if the figure is moved the tongue appears to waggle threateningly.

This porcelain figure would appear to be part of a series as similar examples are known with one demon and two demons. This particular model dates to about 1752. A broken example was found in the wreck of the Geldermalsen (sunk 1752) and is now in the Groninger Museum.

As a young man, Zhong Kui travelled with his friend Du Ping to take the official examinations, which were essential for success. He took top honours but was disallowed by the emperor because of his disfigured appearance. In a fit of fury, the unhappy student threw himself at the imperial gates until his head was broken; his body was taken and buried by Du Ping, who later married his younger sister. Zhong Kui's spirit descended into hell, where he became King of the Ghosts and set about vanquishing demons.

In the Tang dynasty, the sick Emperor Xuanzong was repeatedly terrorised in his dreams by a demon until a fierce spirit with a sword attacked the demon and ate him. He introduced himself to the emperor as Zhong Kui, and the emperor commanded the artist Wu Daozi to paint his image.

In the Song dynasty, Zhong Kui was absorbed into the Daoist pantheon. Images of Zhong Kui are popular on gates and entrances to ward off evil spirits, and are especially important for business premises selling high-value goods. He is shown with his magic sword, a fierce expression, and big beard, usually in an energetic pose. 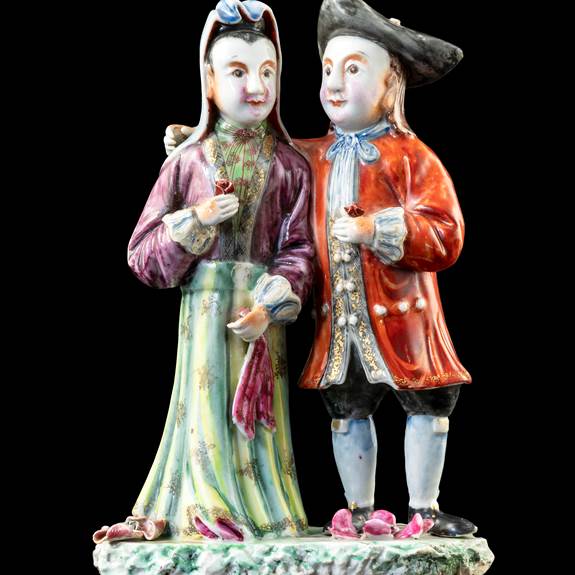