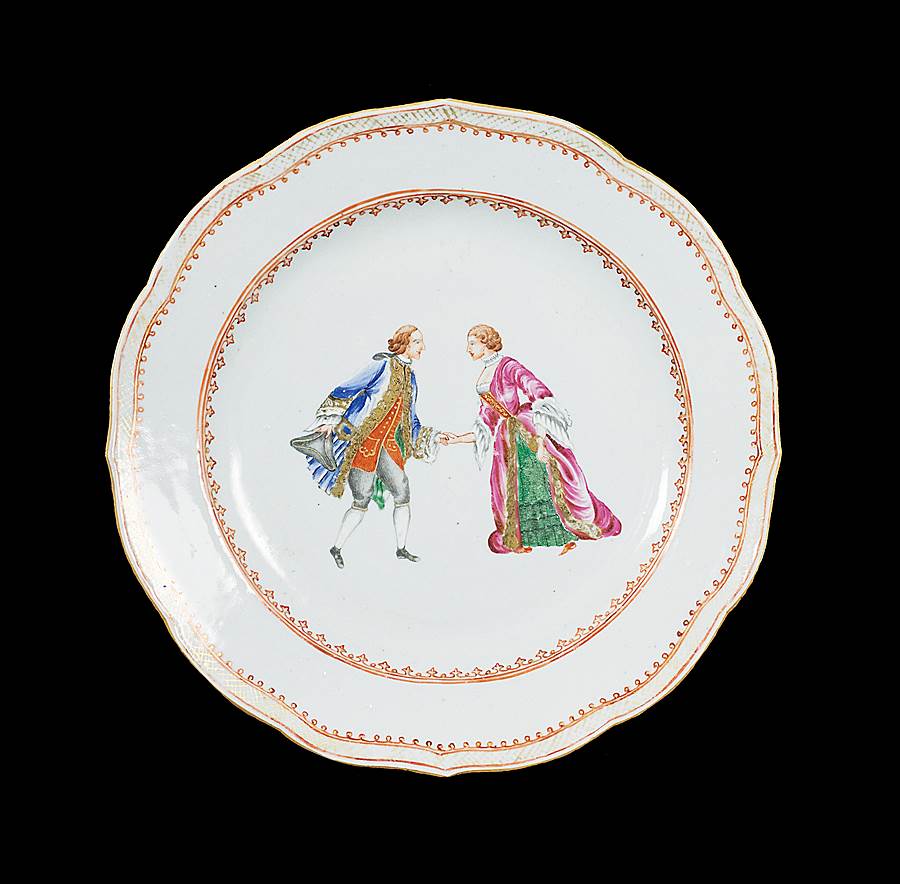 A Chinese export porcelain dinner plate decorated in famille rose with a pair of European dancers, the man in a blue coat.

This is a rare plate with only a few similar examples known, including the next item. It was reputed to show Benjamin Franklin being received by Marie Antoinette at the French court but there is no evidence for this. More likely they are simply an elegant couple of a type used in numerous prints of the later 18th century such as by JE Nilson.
This couple are found on several examples of Chinese porcelain, including in a courtouche on the forehead of an oxhead tureen.