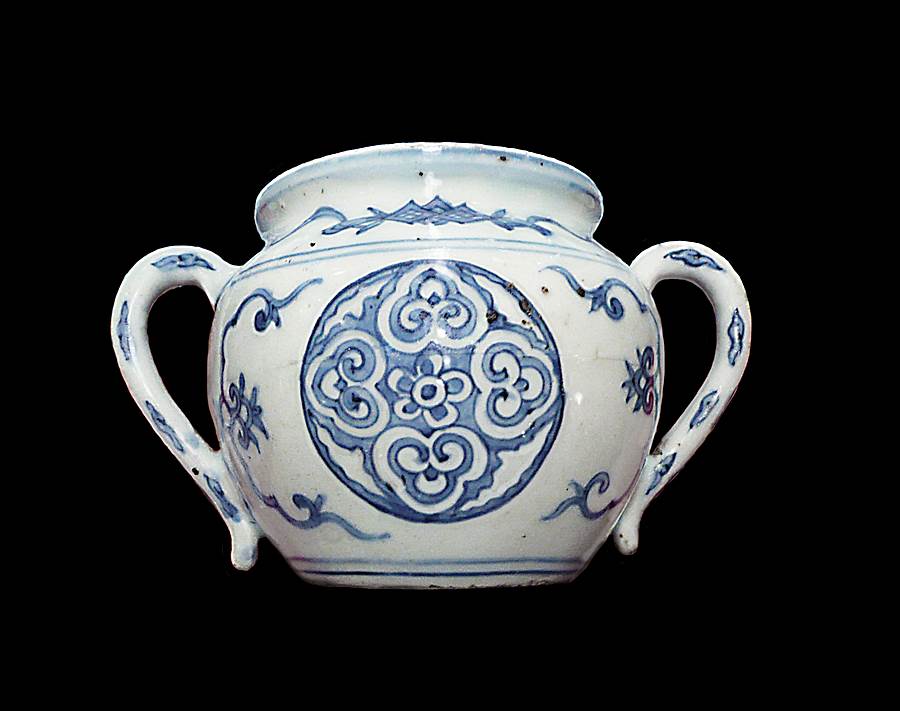 REF No. 6525
Chinese porcelain blue and white jar with Jesuit mark to base

A rare Chinese porcelain two handled vessel decorated in underglaze blue with circular medallions and cloud decoration on the handles, the base with a Jesuit cross within a double circle.

The mark on the base of this pot is extremely rare and indicates that this was made for one of the Jesuit missions in the Far East. It is a modest utilitarian object, humble but boldly decorated with a Chinese medallion whose four ruyi elements are arranged in a cross. As such it shows an early example of the meeting of East and West in ceramic decoration.
It is possible that this may have been used as a ritual vessel in a small missionary church in the far east - later blue and white porcelain examples of holy water stoupes are recorded and also a ciborium of flattened chalice form.

References: Castro 1988, p37, a blue and white jar with IHS symbol, probably made for the Jesuit college in Goa; Cohen & Cohen 2015, a ciborium.