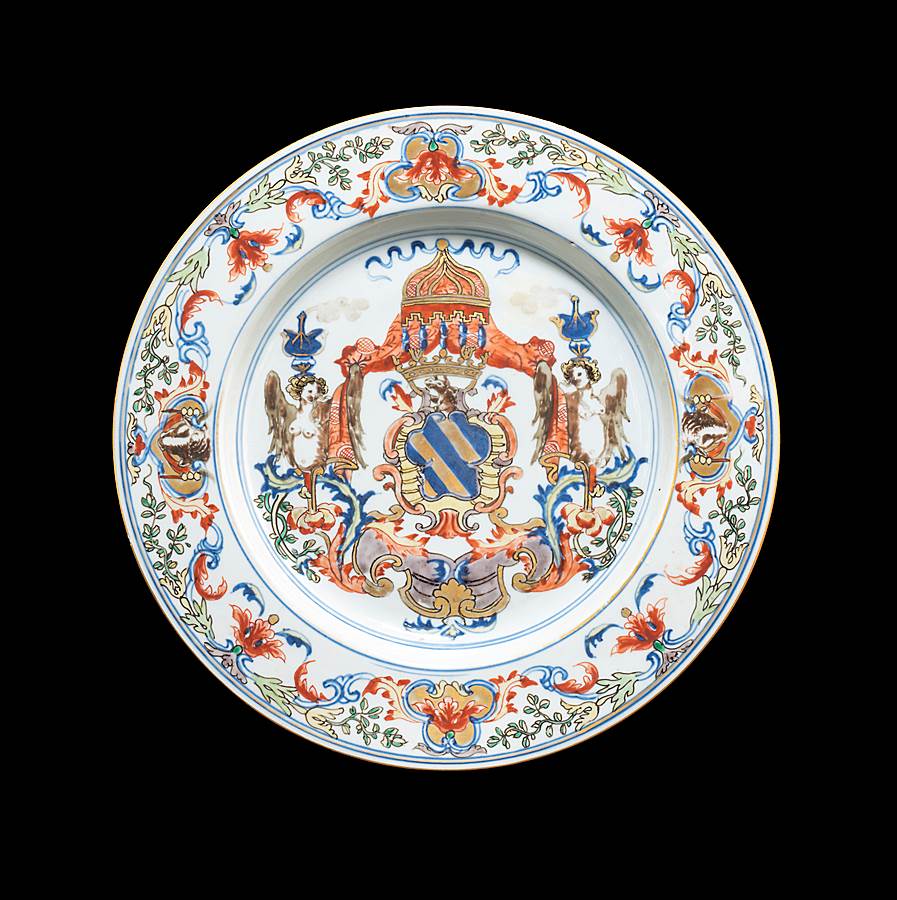 REF No. 6548
Chinese export armorial large plate with the Portuguese arms of Ataide

A rare Chinese armorial porcelain large plate brightly decorated in verte imari enamels with a coat of arms surrounded by elaborate decoration in the ‘grotesque’ style, the rim with bulls’ heads.

The arms are disputed, either for the Portuguese family Ataide or the Italian family of Marini. The coat is very simple and thus fits with numerous families, the crest is also a popular one.

The consensus today seems to be that this was made for D. Luis Peregrino de Ataide (1700 - 1755), 10th Count of Atouguia, Counsel to the Portuguese King John V, who was married in 1720 to Clara de Assis Mascarenhas, daughter of Fernando Mascarenhas, Count of Óbidos. A number of services with these arms are recorded with variations of the surrounding decoration but all of similar taste. One service appears to have the initials LA.

However Howard & Ayers 1978, illustrate a book plate, circa 1750, belonging to Pietro Marini of Barnabita that is very similar to this: in the shape of the shield, the number of bars and the crest and crown. They also mention that the Marini family controlled a large fleet of merchant ships at this date.

This type of decoration, including the winged sphinxes and the tented drapery is inspired by the designs of Jean Berain (1640-1711) and was very popular in the early eighteenth century, especially evident in the designs for the Beauvais tapestry factory by Jean-Baptiste Monnoyer (1636-1699). 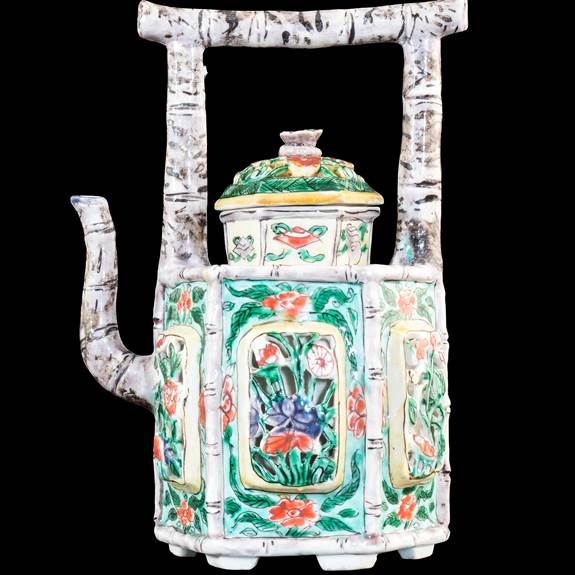 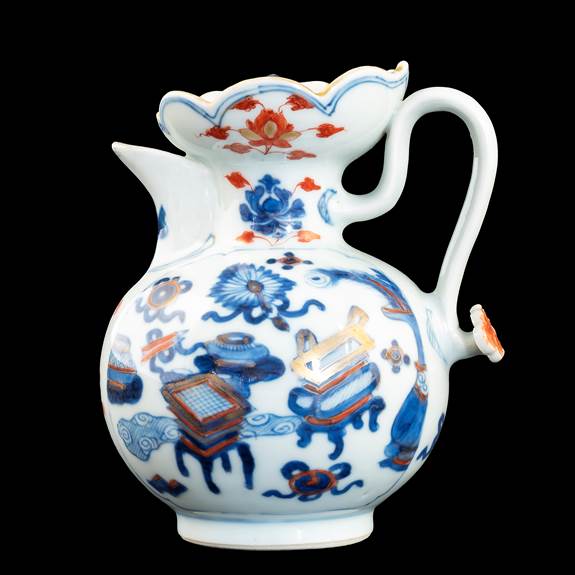