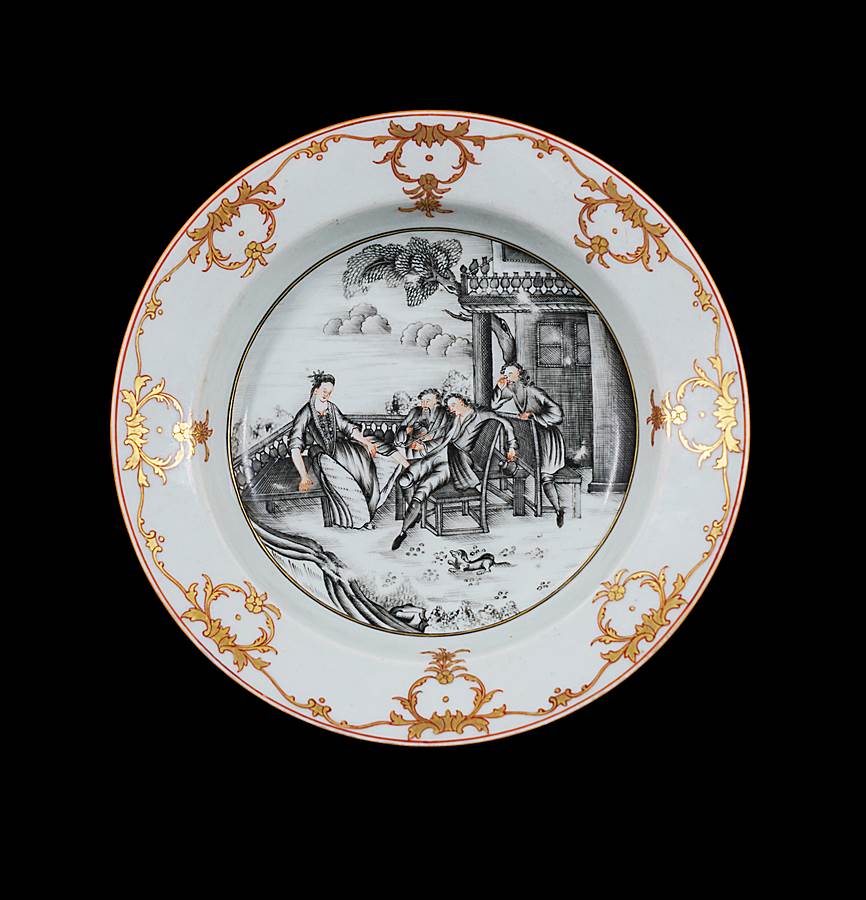 A Chinese export porcelain soup plate decorated en grisaille and gilt with a central semi-erotic scene of Europeans, with flesh tones in iron red, the rim with rococo border.

Only a few examples of this subject are recorded and all seem to be soup plates so it was possible that only a single set of such plates was ordered as a dessert service.

The print source for this subject is as yet undiscovered but seems to derive from works in the style of Adrian van Ostade and others. The scene is quite explicit for this type - which are usually a little more discreet. The woman is raising her skirt to reveal a shapely ankle to a louche young man draped over his chair and smoking a long pipe, with two enthusiatic onlookers and a dog in the foreground. It may possibly be from series illustrating the biblical story of the Prodigal Son.