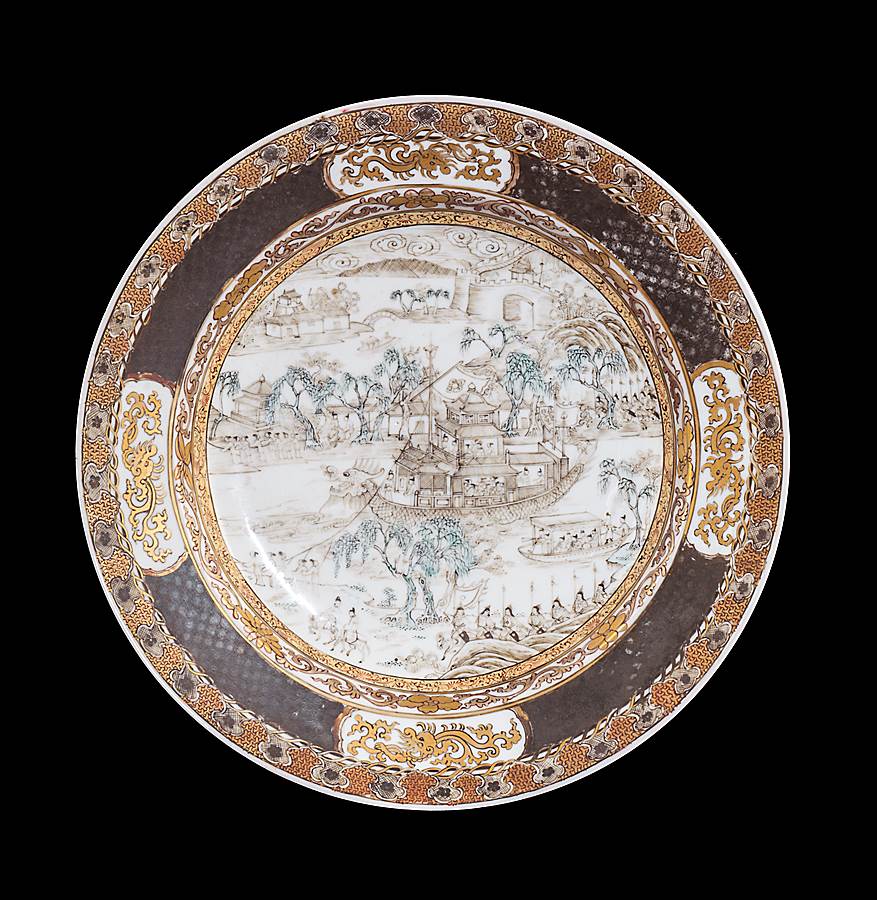 An extremely fine Chinese eggshell porcelain ruby back deep plate, decorated with a Chinese scene of a Dragon boat, the rim with detailed and elaborate borders, in black, gold, sepia and pale blue enamel.

This unusual dish is an excellent example of the Yongzheng period cabinet pieces that would appeal to the Western or Eastern connoisseur equally.
The Dragon Boat Festival (Duanwu) was celebrated on the fifth day of the fifth lunar month, a day supposed to be most poisonous in the calendar. The event commemorates the patriot-poet Qu Yaun (340-278), a minister to the Emperor Huai of Chu in the Warring States period (475-221 BC). He had adopted a philosophy of compromise to avoid the conflict that had torn apart China for centuries, but he was schemed against by other officals who pressured the Emperor to have him removed. He then spent some years wandering as a scholar-hermit, writing poetry. Eventually he drowned himself in the Milou River as a protest at the decadence of the Imperial Court and in despair at the prospect of invasion by the Qin.
Stories relate that on hearing of his dramatic plunge the local fisherman rushed into their boats, scattering food (zongzi - glutinous rice dumplings wrapped in reed leaves) and beating drums to distract the fish from eating Qu Yuan. The modern events involve races in long boats, with drums and the eating of zongzi.