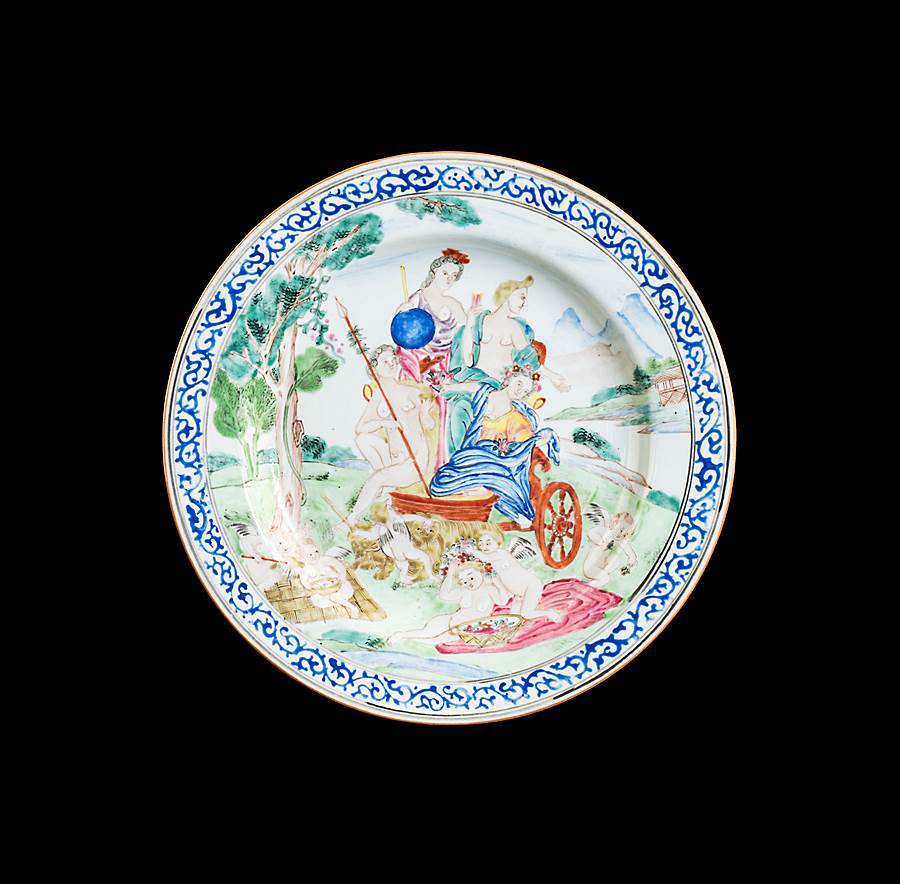 This scene shows Earth by Francesco Albani (1578-1660) one of a series of the four elements, painted between 1625-8 for the Cardinal of Savoy, later King of Sardinia, and which are now in the Galleria Sabauda, Turin.  Cybele is seated in her chariot surrounded by personifications of three of the Seasons (Flora as Spring; Ceres as Summer and Bacchus as Autumn) but harsh Winter is absent as Albani intended to flatter the Cardinal’s sunny disposition. A copy attributed to Poussin is in the Galleria d’Arte Bodda, Turin.
All four designs are known on Chinese plates and teawares, their tondo format fitting very well. There appear to be two orders of the plates, one with a blue border like this and the other with a gilt foliage rim border. There are also differences in the placement of the composition within the circle, suggesting a different workshop or set of painters for each order.

The Chereau set are the most likely - an example of them is in the NY Met collection: 63.600.4153,  the one of La Terre is inscribed:  I Chereau sculp, others by Edme Jeaurat (Air), Antoine Herisset (Water) and Nicolas de Larmessin (Fire). These are in tondo format and likely copied from the Baudet examples which they reverse.