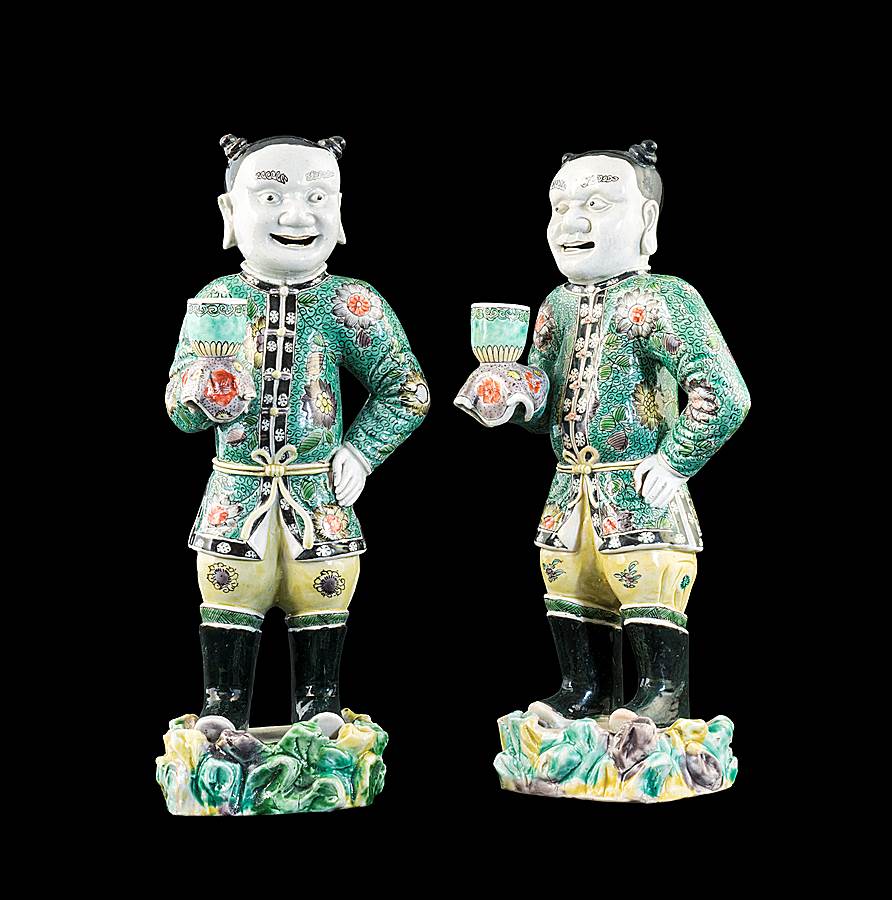 A pair of Chinese export porcelain figures of standing boys, decorated in famille verte enamels, each holding a vessel functioning as a candleholder.

These are a very rare example of this early figural candlestick, finely modelled and decorated with distinctively cheerful expressions on their faces. Later examples of standing boys in famille rose are known and also some much simpler examples in famille verte enamels.
Pairs of laughing boys carrying pots of lotus are known as hehe erxian or the Twin Immortals of Harmony. They are the patron deities of Chinese merchants, particularly of Chinese potters, and in paintings they often accompany Cai Shen, the God of Wealth. Boys were always strongly favoured in Chinese culture, and they often have special protective amulets or gilded lockets around their necks to ward off evil spirits, and their bracelets, which were  traditionally worn by boys under sixteen years old, are made from the beaten iron nails of old coffins.
These figures lack some of those attributes and are more likely simple attendants bearing some sort of ritual vessel, indicated by the cloth covering their hands.