REF No. 6662-3
Rare Chinese porcelain garniture of Bottle Vases with black ground from the 'Pronk workshop'

This design has been called the ‘vine or foxgrape’. It closely resembles the ‘redcurrant’ design but has notable differences, lacking the distinctive leaf and the two moths. It may however be an attempt to simplify the ‘redcurrant’ design to reduce costs - it has the same foot rim design and the black ground. The berries are closer to the foxgrape but the leaves resemble those of a vine and the design lacks the coiled tendrils of the foxgrape.
This design is also known in small vases, 22cm high, with simpler drawing and colouring, using underglaze blue and polychrome. 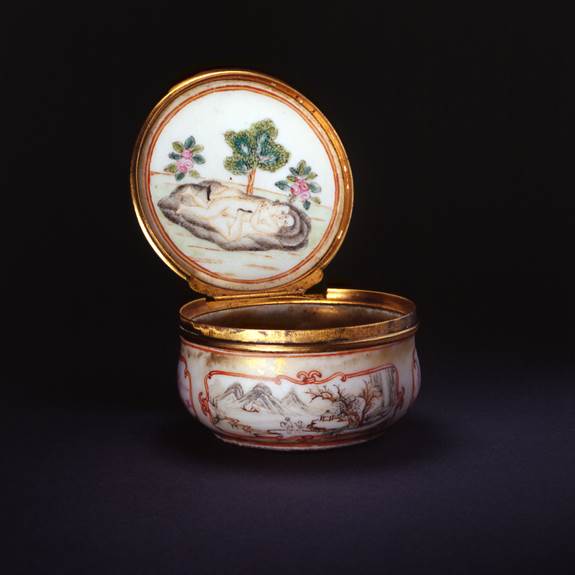 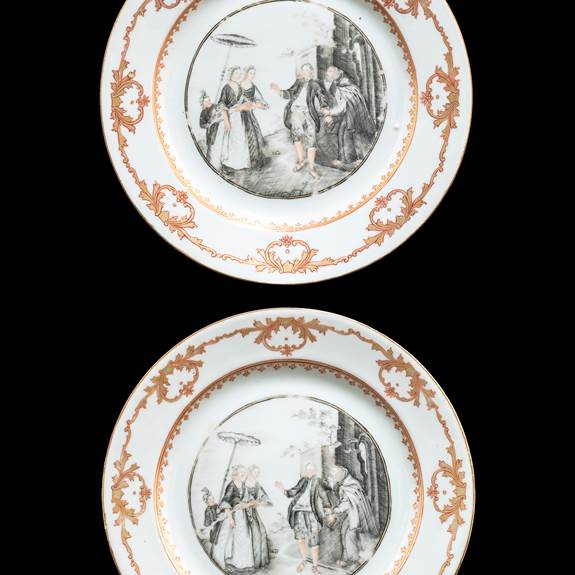 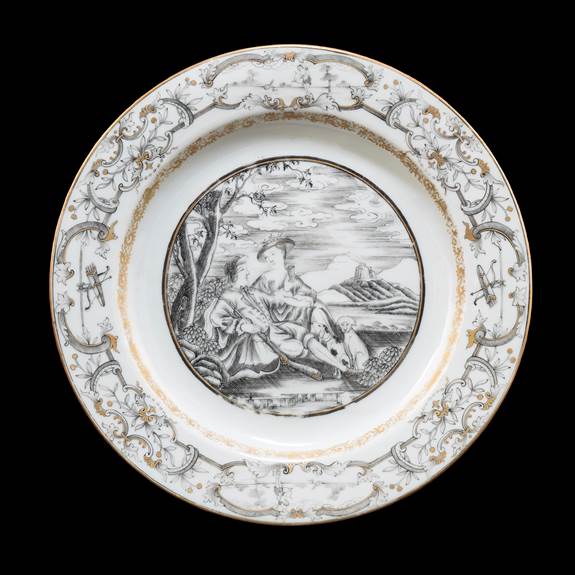 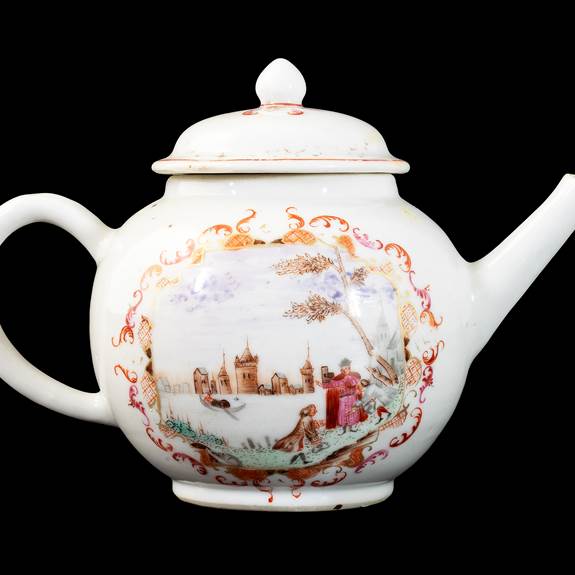