A Chinese export porcelain armorial dinner plate brightly decorated with a coat of arms at the rim, the centre with emblems of feasting, and scenes of hunting and fishing on the rim.

This strikingly decorated plate is one of the better known examples of Chinese armorial porcelain and is from a large service of about 200 pieces that is represented in most museum collections around the world.

The arms are for a bishop, with a mitre and tassels. The service was made for Monsignor Gaspar de Saldanha e Albuquerque (b 1720)

His titles and positions are listed in Castro 1988, page 105: “Rector of the University of Coimbra, Prelate of the Patriarchal Church of Lisbon, Judge, Deputy of the Board of Conscience and Orders and President of the respective Tribunal”. Gaspar was Rector of the University from 1758-67 and later Dean.
He was the son of Ayres de Saldanha e Albuquerque Coutinho Matos e Noronha, Governor of Rio de Janeiro and Dona Maria Leonor de Lancastre and Moscoso, one of nine children. His brother was Manuel, 1st Count of Ega (1712-71) who was Captain-General of Madeira and Governor of India and probably facilitated the order of this service for Gaspar. He was descended from Alfonso de Albuquerque, Duke of Goa (1453-1515). 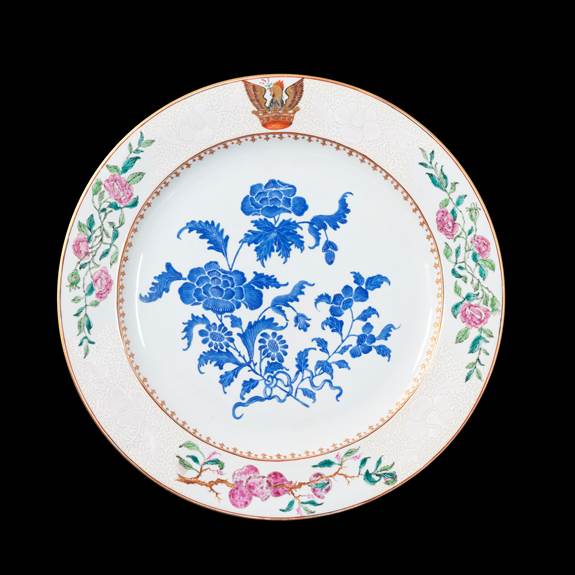 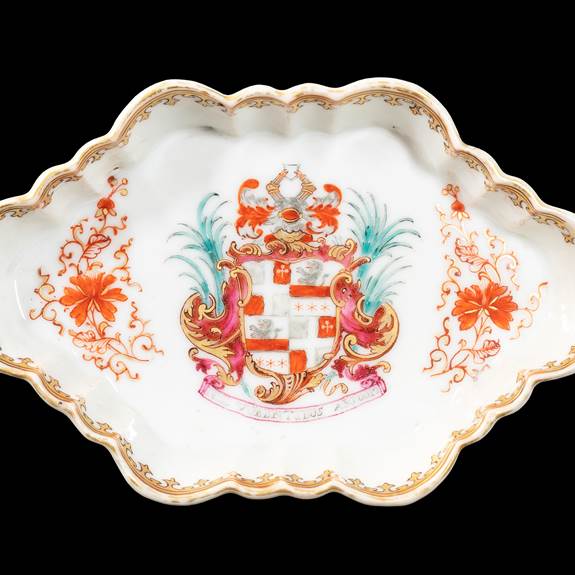