A Chinese export porcelain reticulated armorial fruit plate with a central coat of arms on basket-weave moulded surface, the rim with a reticulated border, the shape copying Meissen.

The arms are for Sobral of Portugal. This family rose from fairly humble origins in the reign of King Jose I and his daughter Queen Maria I, as a result of Antonio Jose da Cruz (the name Sobral was added later) a priest of the Congregation of St Philip de Nery, who greatly helped Sebastio Jose Carvalho e Mello, the future Marquis de Pombal in his rise to power.

This is the fourth service of seven made for Joachim Inácio da Cruz Sobral (1725-81), a very rich merchant from Baia in Brazil. He returned to Portugal in 1768 and took over from his late brother as Chief Treasurer and the Administrator of the Lisbon Custom House and Counsellor of the Royal Household. He was clearly a successful and influential man and in 1773 was created ‘Fidalgo’ and given the Lordship of the town of Sobral. He held many titles and built the Calhariz Palace in Lisbon. He died without issue in 1781. 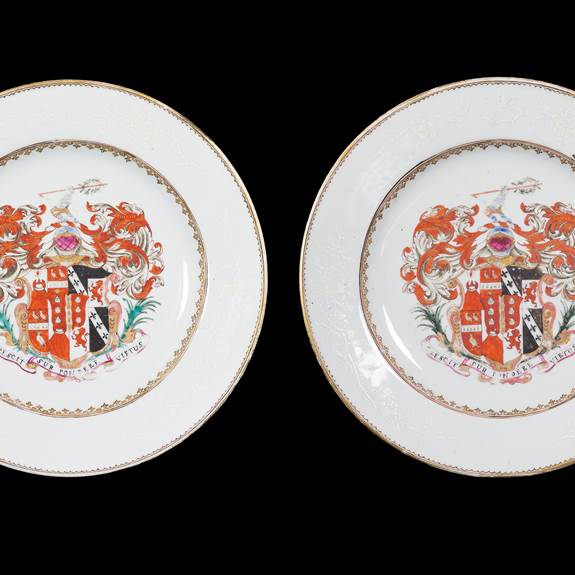