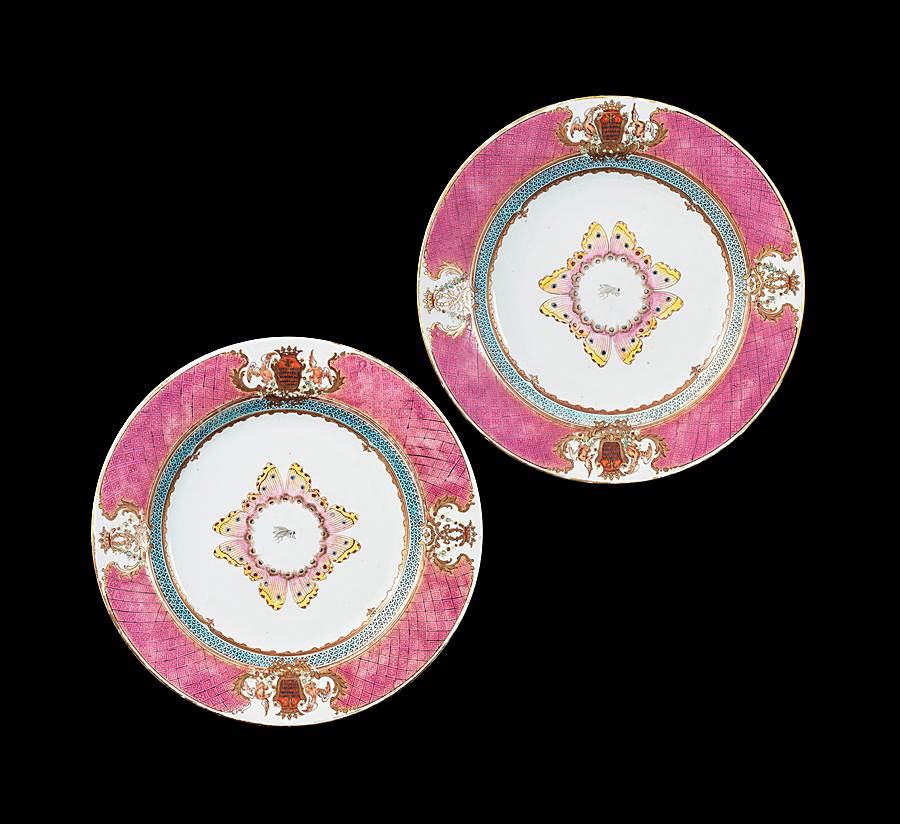 A pair of Chinese export porcelain dinner plates painted with a coat of arms and a monogram to the rim, between pink and turquoise diaper bands, the centre with a bee in a cartouche made from butterfly wings.

The arms are for Grimaldi di Castro, though the colours appear incorrect as the ‘argent’ has been painted with silver that has now turned black.
The Grimaldi family originated from Genoa and were granted the Seigneurie of Monaco in 1331. In 1731 Prince James I succeeded his wife, Princess Louise Hyppolite, who had only just succeeded her father Prince Antoine I in the same year. By 1733 James had moved to the comfort of a life in Paris, leaving the title to his thirteen year old son, Prince Honoré III, who reigned for sixty years. These were most likely made for him at the start of his reign. 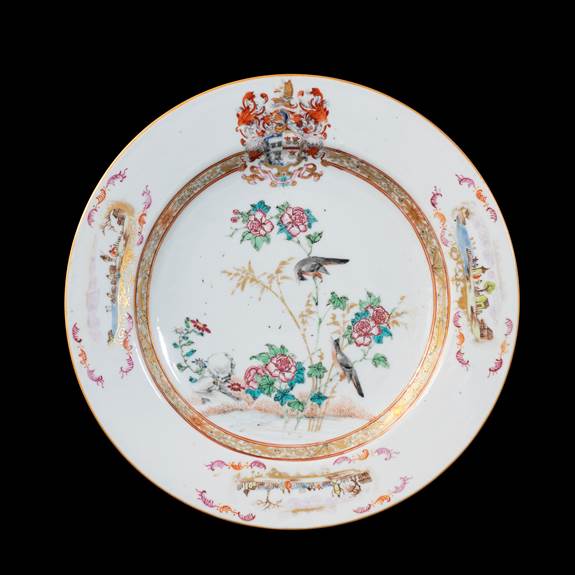