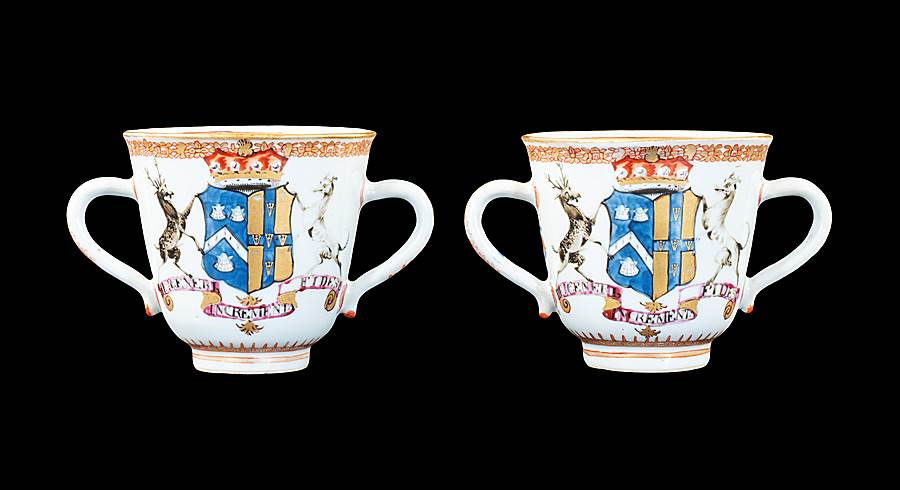 A pair of Chinese export porcelain double handled cups with a coat of arms and an iron red gilt border at the rim.

The arms are for Townsend impaling Harrison. The motto is for Townsend: ‘Haec Generi Incrementi Fides’ ("Faith has bestowed these honours on the family").
This is one of the earliest services of six made for Charles Townsend (1700-64), who became Lord Lynn in 1723 and married Audrey (Etheldreda) Harrison, sole heiress of Edward Harrison of Balls Park, an administrator who had been President of Madras from 1711-17. It was probably Harrison who ordered much of this porcelain
Charles became the 3rd Viscount Townsend in 1738 on the death of his father. He was educated at Eton and King’s College, Cambridge, served briefly as MP for Great Yarmouth and entered the Lords in 1723, summoned using his father’s Barony in a special writ of acceleration. His father was known as ‘Turnip Townsend’ because of his interest in agriculture, particularly the cultivation of turnips, which he spoke about at length in Parliament.