A Chinese export porcelain armorial soup plate with a central coat of arms surrounded by brightly enamelled flags, the rim with landscape panels and sprays of gilt fruit and flowers.

This rare plate is one of about five plates recorded, most in Dutch musuems including the Rijksmuseum. The arms have been attributed to the Ver Huell of Doetinchen in Eastern Gelderland, though they are not quite the same and it is not clear why they have such extravagant mantling. Lunsingh Sheurleer 1974 illustrates an example of the plate from the Rijskmuseum, which he dates to 1785 and attributes the order to Christiaan Anthonie Verhuell, a sea-captain who was in Canton 1784-5.
However the enamels and style suggest a much earlier date. Kroes discussses this and suggests a possible attribution to the Brull family of ’s-Hertogenbosch and Maastricht, whose arms are also similar and whose family member Jan Abraham Brul was a VOC assistant in the East Indies from 1739-50. The answer remains to be uncovered. 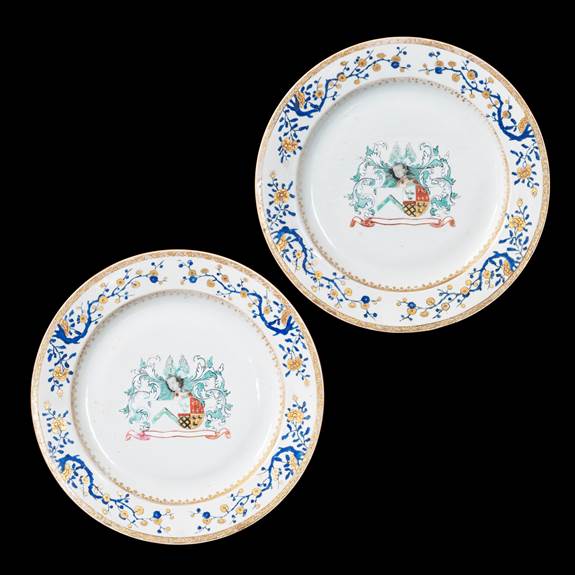 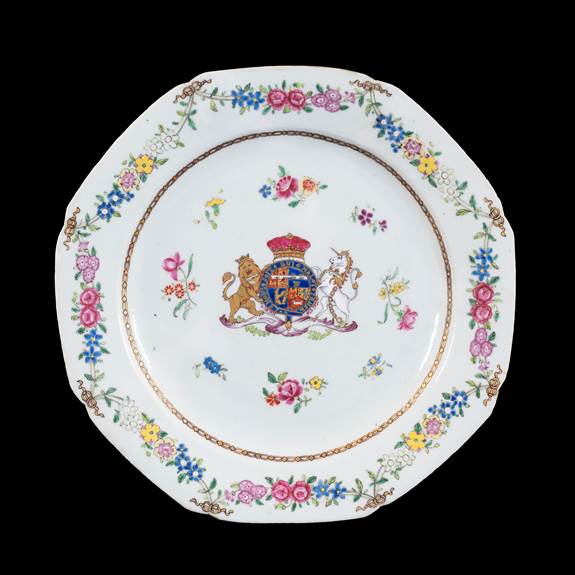 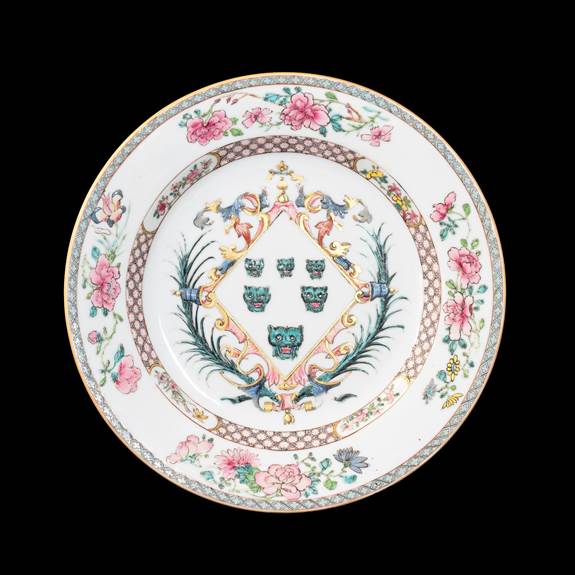