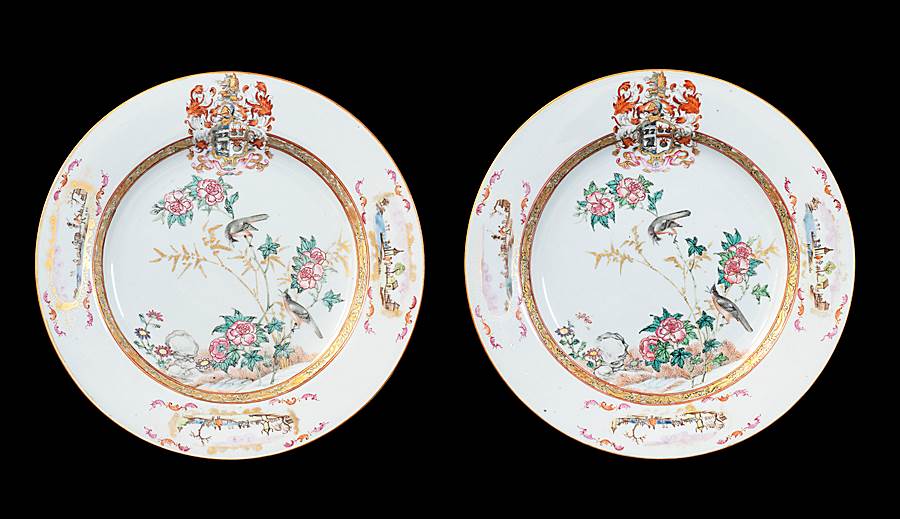 A pair of Chinese export porcelain dinner plates with a coat of arms at the rim, the centres finely painted with birds and flowers, the rims also with Meissen-style panels of figures in a landscape.

The arms are Sharpe impaling Cartwright, the latter incorrectly drawn (the ground should be ermine). They are for John Sharpe (1700-1756) of East Barnet and MP for Callington, Cornwall (1754-6) who married Olive Cartwright of Holborn in 1724. John was the son of  William Sharpe of Beake St and Margaret, daughter of Charles Beake of Golden Square. John’s brothers included: Joshua, a solicitor in Lincoln’s Inn; Gregory who was Chaplain to George III and Horatio, who was made Governor of Maryland from 1753. John’s son Fane William Sharpe, succeeded him as MP for Callington and his bookplate is recorded with these arms, (engraved Fane William Sharpe, Student of Ch. Ch. (Christchurch College, Oxford).
John Sharpe was Solicitor to the Treasury and a friend of Walpole, and had spent his early career in the American Colonies, in South Carolina and Massachusetts. He was a Guardian of Frederick, 6th Baron Baltimore and it was through his influence that his brother, Horatio, was made Governor of Maryland. 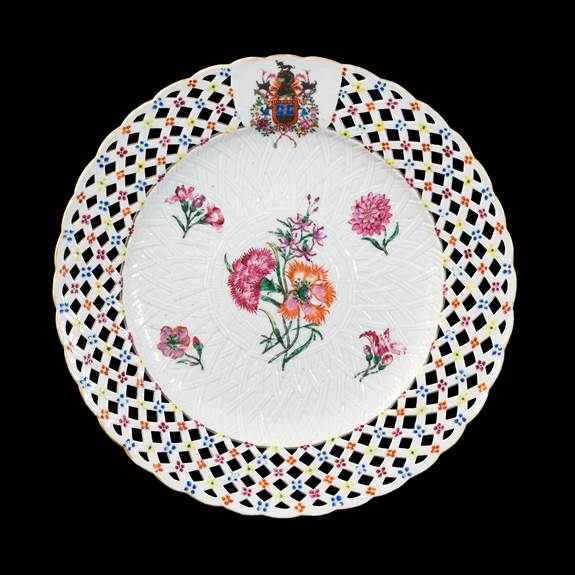 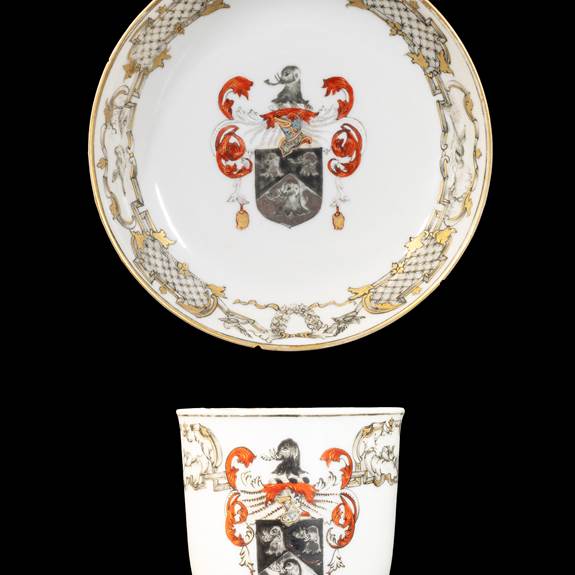