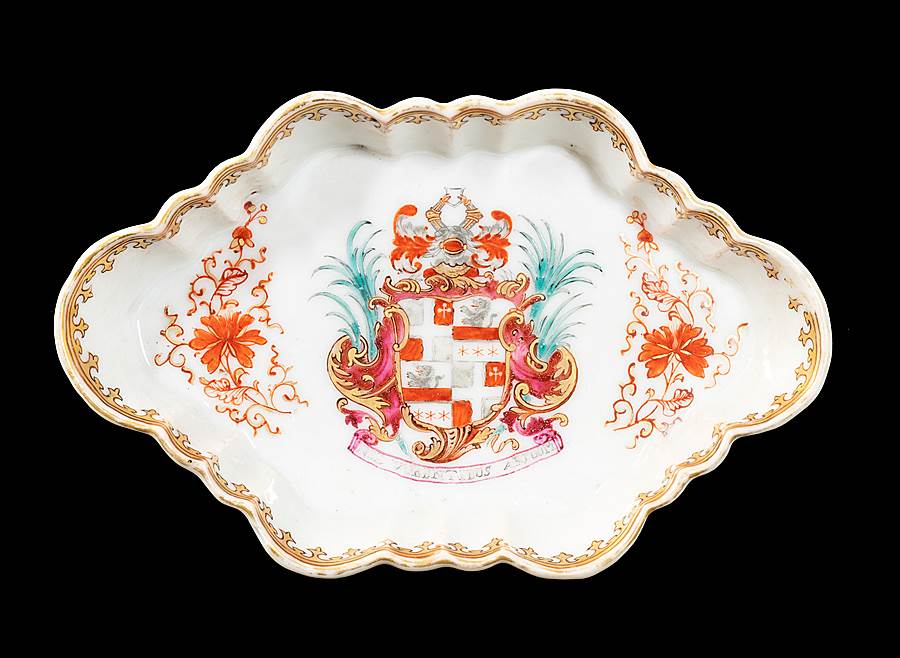 A Chinese export porcelain armorial spoon tray with a central coat of arms, sprays of iron red flowers and a gilt spearhead border, with the Motto: Nil Volentibus Arduum (Nothing is impossible to the valiant).

The arms are for Rudge of Evesham quartering Chalmers (?) or Letten (both unclear). The Rudge arms were granted in 1634 to Edward Rudge, Sheriff of London. Howard suggests the porcelain service was probably made for his grandson John Rudge  (1669-1740) a deputy Governor of the South Sea Company, a Director of the Bank of England and MP for Evesham (1696-1740). He married Susannah Letten, daughter and heir of John Letten. Esq of London (no precise arms found). This may also have been made for Edward Rudge FRS (1703-1763) MP for Evesham, son of John & Susannah, who married Maria Howard.

John’s monument in St Andrew’s Church Wheatfield has differences in the coat of arms and there is no connection between the Chalmers and Rudges.

The Chalmers arms have a bar and a demi-lion but underneath a single fleur-de-lys.  The Letten arms have three stars on a bar and three lions rampant, 2 above and 1 below - but a glass window in Wheatfield parish church has arms of Rudge, Letten and Howard - and none of them match these accurately!
The Rudge arms are also odd - the cross patté in the upper left quadrant is not recorded for them - and the motto is also not recorded for them. The crest is correct though. The Rudge family is extensive. 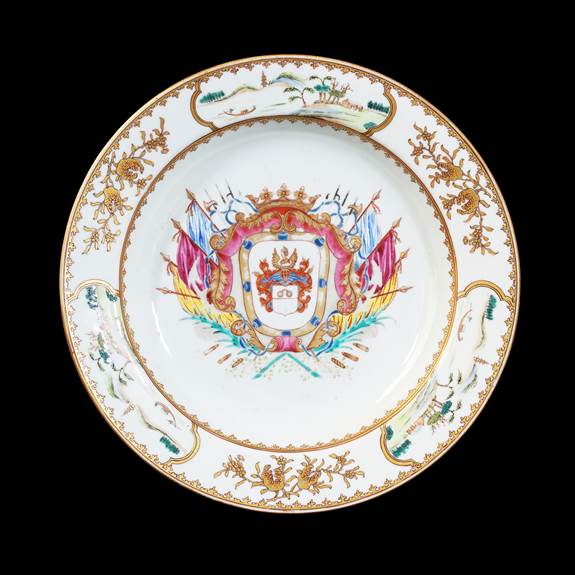 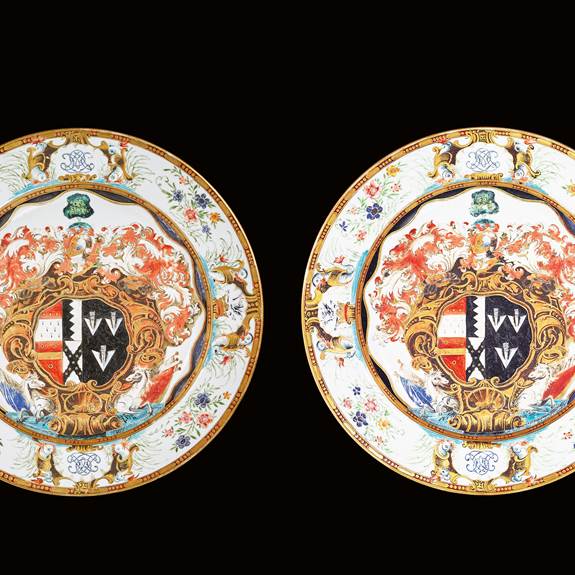