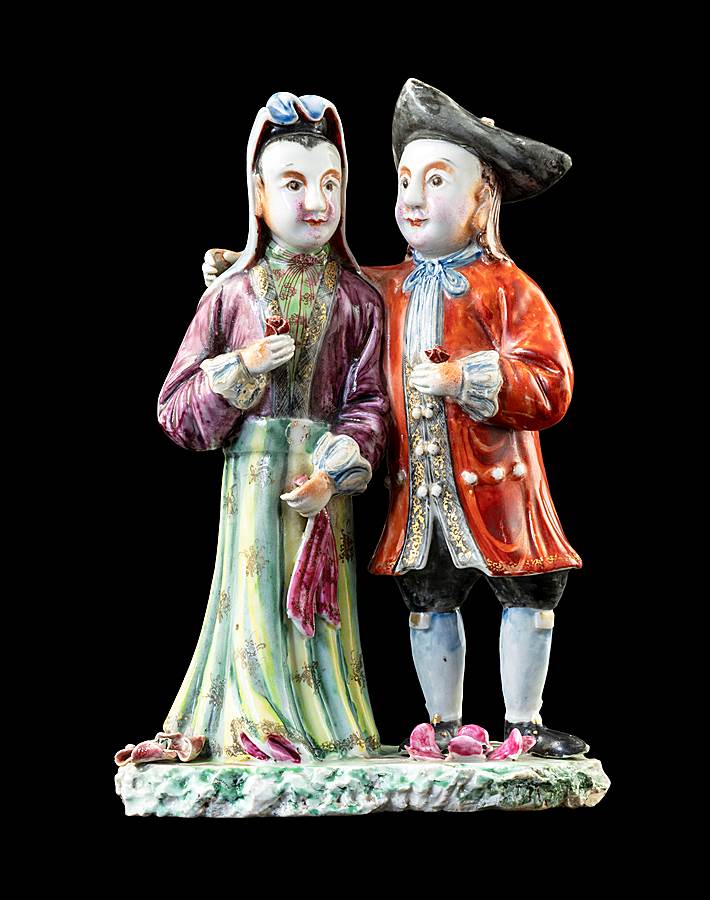 This is one of four recorded examples of this unusual model on a rockwork base. This one was originally from the Martin Hurst Collection, one of the greatest collections of famille rose Chinese porcelain ever assembled and which formed the basis for The Book of Famille Rose by George Williamson (1970). This group is illustrated in that book on plate XLI.

They were originally thought to illustrate 'Governor Duff' and his wife, referring to the Dutch governor of Batavia Diederick Durven (1676-1740) who was a Dutch colonial administrator and Governor-General of the Dutch East Indies from 1729 to 1732. However this description has been applied to many European couples at this date and is discounted now.

Some similar groups are known on square bases in different versions, one starting a dance, and one in the middle of the dance. The example here is possibly a prototype for those slightly later dancing figures.

It has been suggested that, as well as being made for the export market,  these figures of Westerners might also have been made as entertainments for the Chinese market, possibly even for the Qing court where the Qianlong Emperor had shown an interest in items decorated with Western figures and such depictions were seen as exotic.

References: Williamson 1970, this example illustrated on plate XLI; Howard & Ayers 1978, p627, another example of this group in the Mottahedeh collection; an example is in the National Museum of Ireland, Dublin  that is undecorated white porcelain (details: DC:1884.914 - Figure group, Blanc-de-chine, made in China, c.1720); Sargent 1991, p218-9, the example from the Copeland Collection. 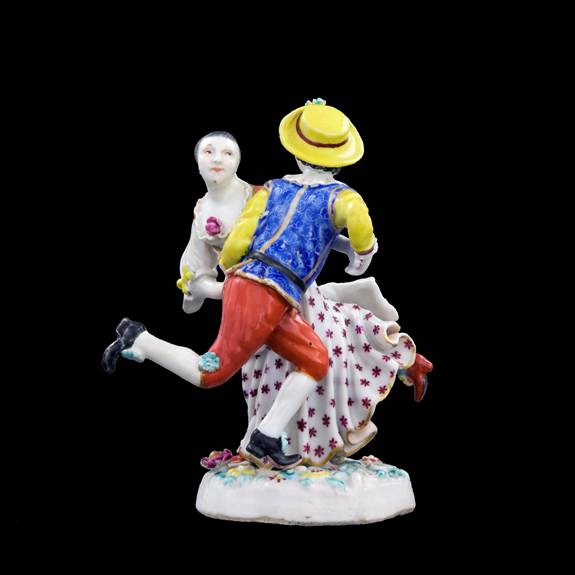 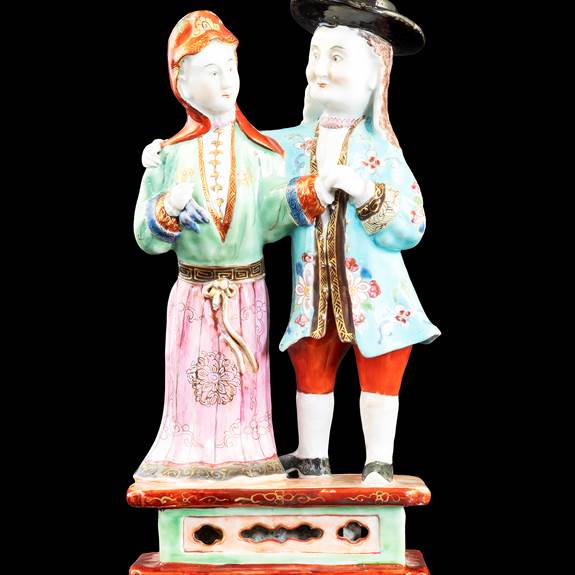 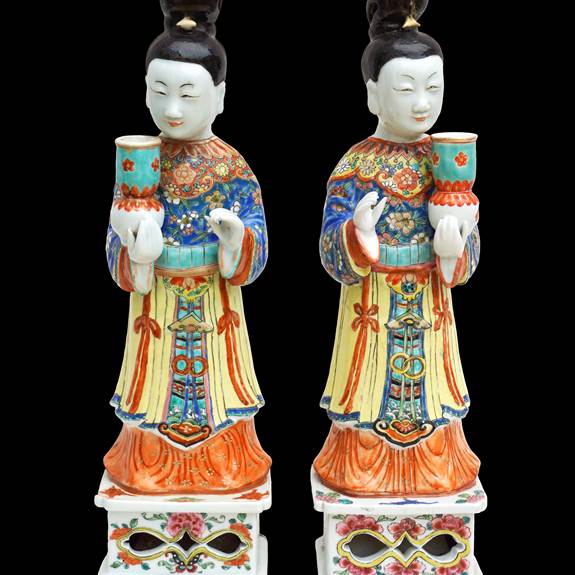