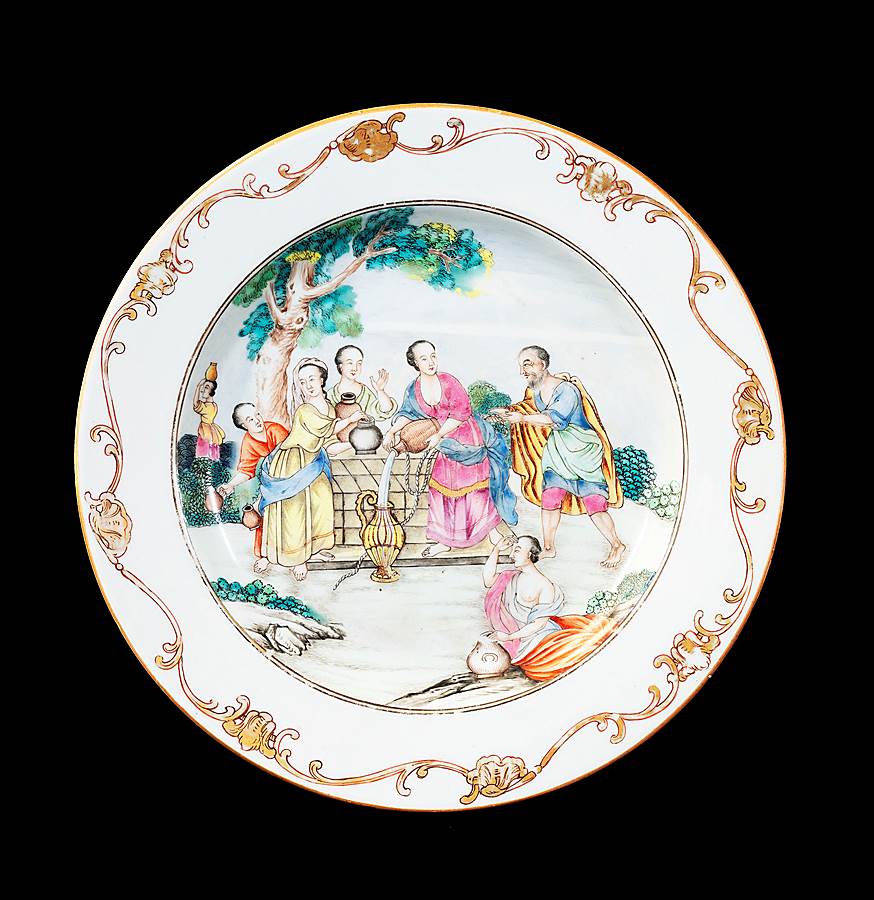 A Chinese export porcelain dinner plate with a biblical scene of European figures around a well, painted in bright famille rose enamels, the rim with gilt shell and scroll border.

This scene is known in famille rose, grisaille and in puce enamel. It was popular and examples are all of good quality painting, suggesting orders over a relatively short period of time. This plate is a very good example.
The source print has not been found, despite its popularity and the searching eyes of many collectors, curators and dealers. It is among a frustrating group of such ‘European subject’ export porcelain designs whose sources have remained stubbornly elusive.
This scene does appear to show Eleazer fetching Rebecca from the Well, to be a husband for Isaac. The subject was often depicted in western art and there are many versions from this period, some with a few details that match this. Similar elements are also found in illustrations of Jacob and Rachel at the well of Haran - for example the rope hanging from the well but there should then be several sheep visible. The water poured into a ewer is also shown in depictions of the Woman from Samaria meeting Christ at the well, from the New Testament, though there are too many people here for that.
It is tempting to imagine an artist connected to the China trade who might have assembled this scene from various elements to make this design as a new creation on porcelain. Although possible, that is unlikely. There are examples of some European subject designs resulting from work in this way but most of those are merely simplifications and relatively unsophisticated (with the exception of the Pronk designs).  Such a process had been suggested for the well known design of The Judgement of Paris, another scene known in many variations in Western Art and popular on export porcelain. However a recent discovery has identified the print source for that design that follows the print very closely.  So it remains for the precise source of this image to be discovered. 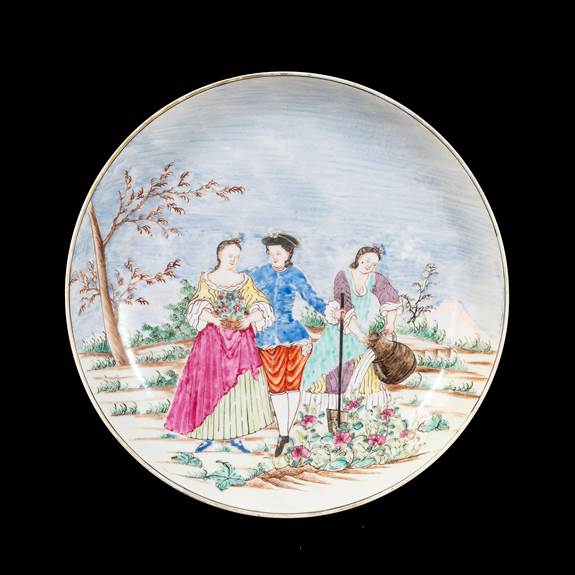 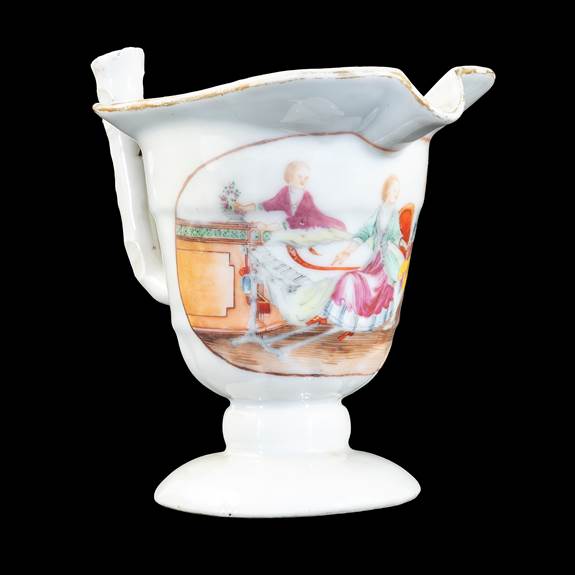