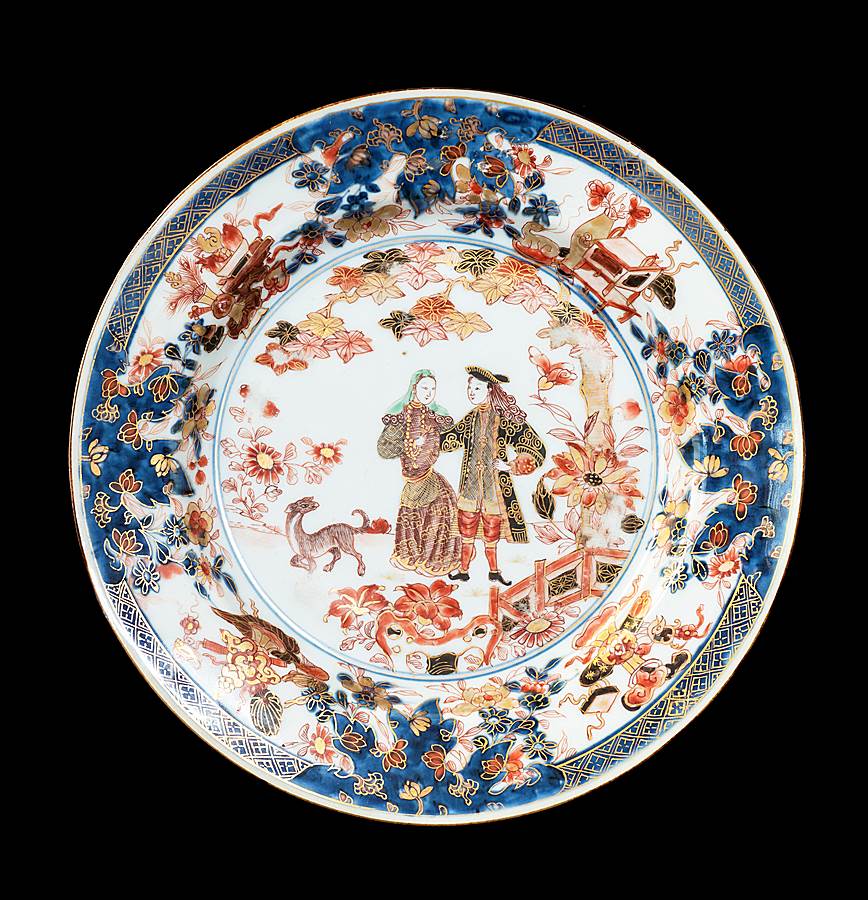 A Chinese export porcelain dinner plate decorated in the Chinese Imari palette, with a central scene of a Dutch couple and a dog, surrounded by Chinese style decoration.

This scene has long been known as the ‘Governor Duff’ design after the Dutch governor of Batavia Diederick Durven (1676-1740).
However it has been shown that this costume is of a type worn as wedding dress by the Frisian community of Hindeloopen up to the mid-19th century. In the early 18th century this was a flourishing port town. The dog, symbolising fidelity adds meaning to the design. 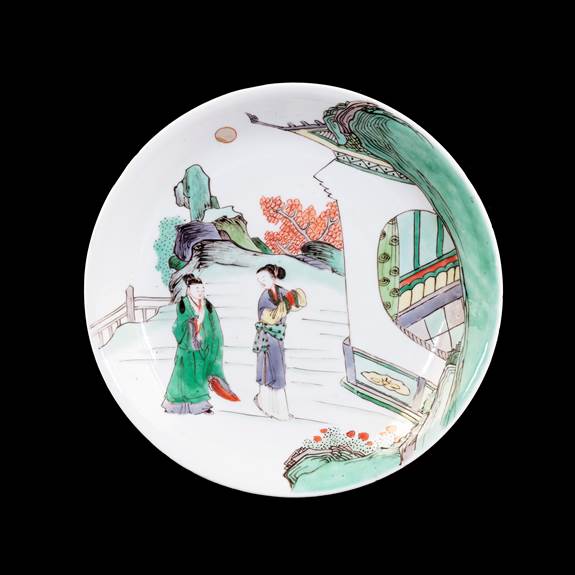 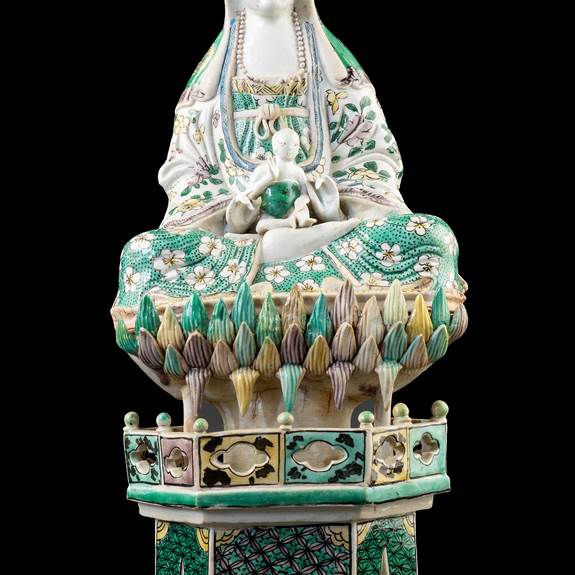