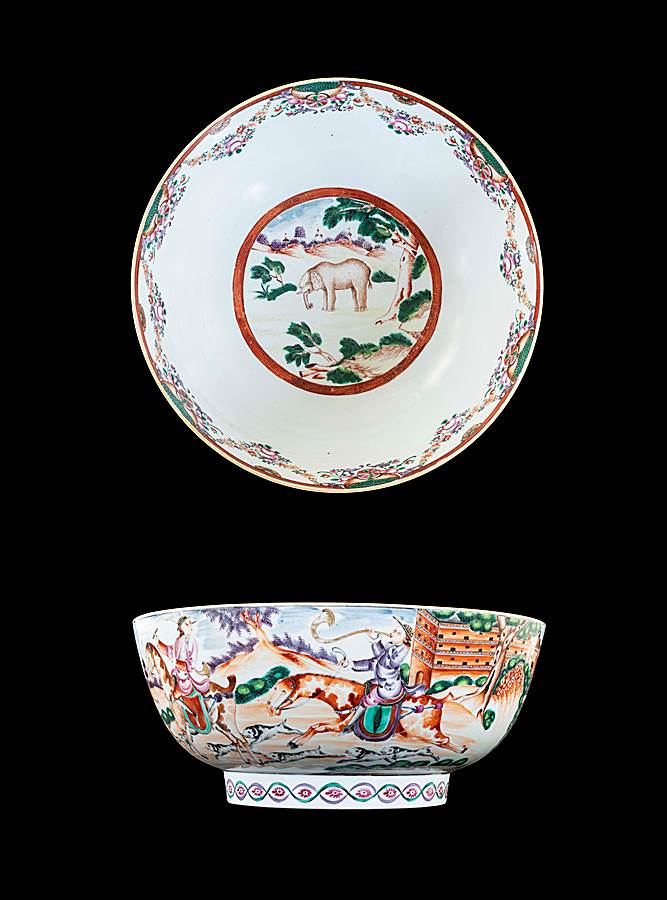 A Chinese export porcelain punchbowl brightly enamelled in famille rose with an unusual hunting scene on the exterior, including a man standing on a cow.

This is quite a late example of this type of bowl. The scene is derived from Hunting scenes much reproduced on Chinese porcelain. These were originally copied carefully from Euroean prints after artists, such as James Seymour and Thomas Burford. But their popularity meant that they were repeatedly copied and altered by the Chinese artists and other elements added, which were misunderstood. Hence the elephant added here in the centre and the charmingly surreal image of a man standing on a cow that seems to have collapsed under his weight.

References: Howard 1994, p167, a milk jug with a similar elephant painted on it. 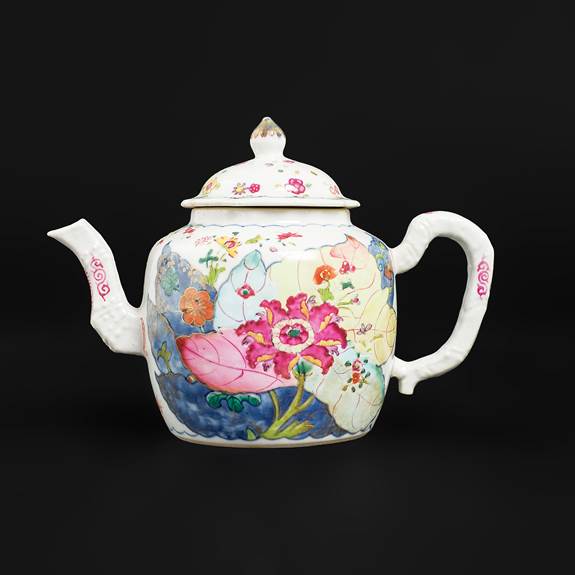 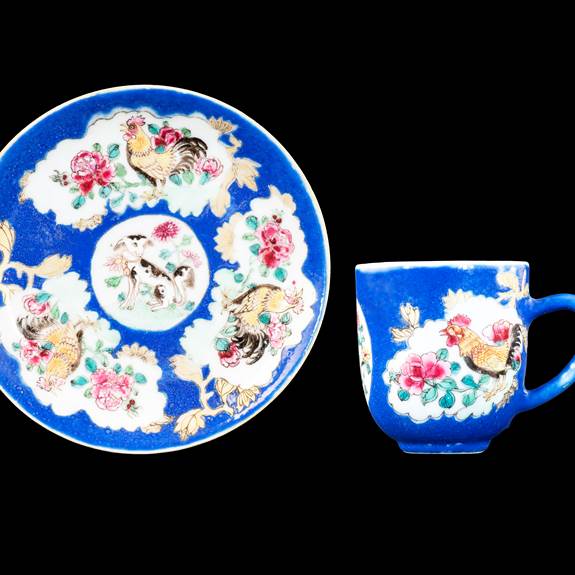 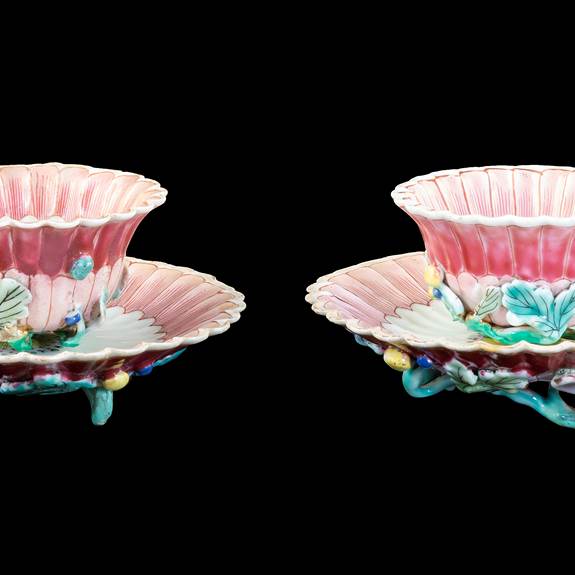 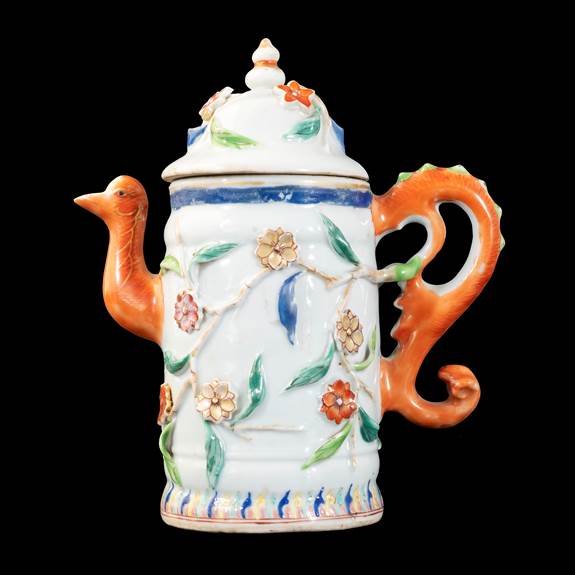 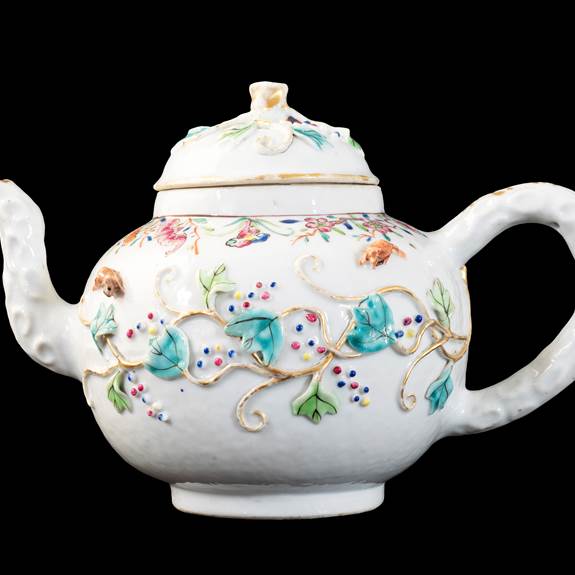 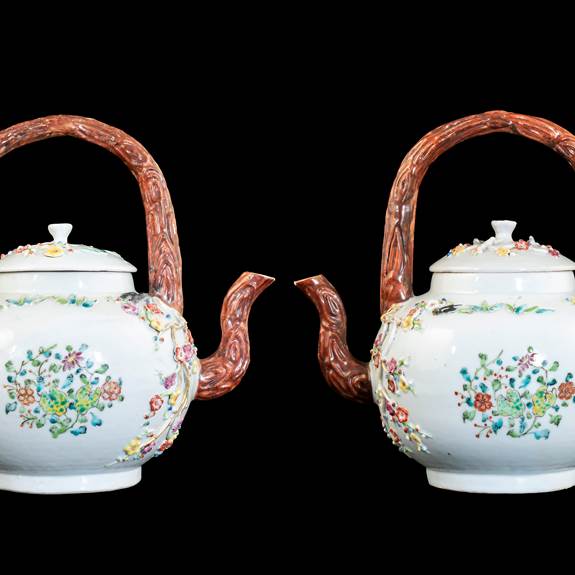