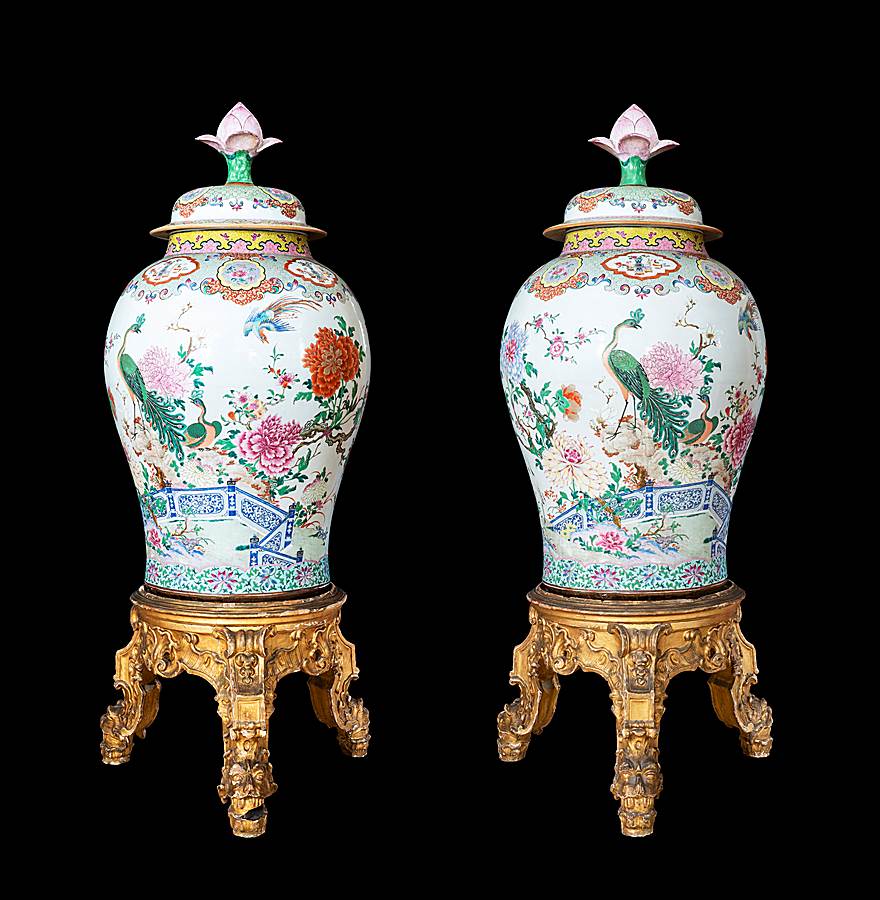 These fine vases have enamel painting of the highest quality and density of decoration. The knops are very striking as lotus blooms and this type seems to be especially rare with only a few examples known, including a soldier vase at Polesden Lacey (National Trust) and a vase in the Swedish Royal Collection at Drottningholme.

The birds are very well painted and closely follow real species found in China in the 18th century.
The Green Peafowl shown here (Pavo muticus, L. 1766) is an Asian species, distinct from the Blue Indian Peafowl (P. cristatus) more commonly known. It was once widespread across China but is now a declining population of less that five thousand mainly in Java and Southern China.
There is also a pair of shoudainiao or Paradise Flycatchers (Terpsiphone paradisi, L. 1758) and a pair of Manchurian Cranes (Grus japonensis, Müller 1776).  The two flying birds are Pale-bellied Mynas (Acridotheres cinereus, Bonaparte 1851); various Myna species were popular as caged birds in China in the eighteenth century. 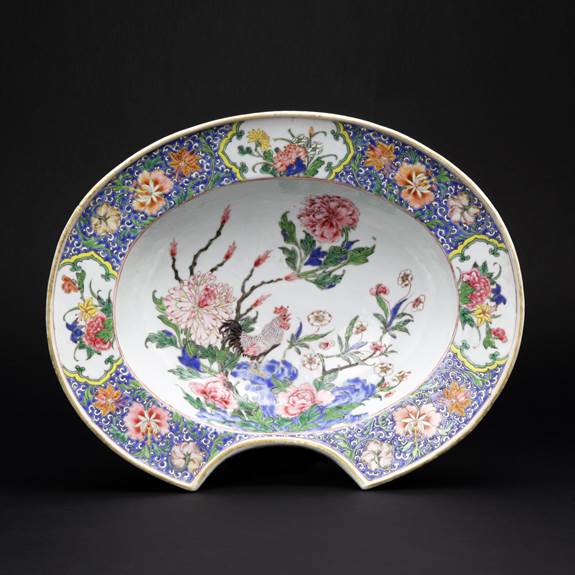