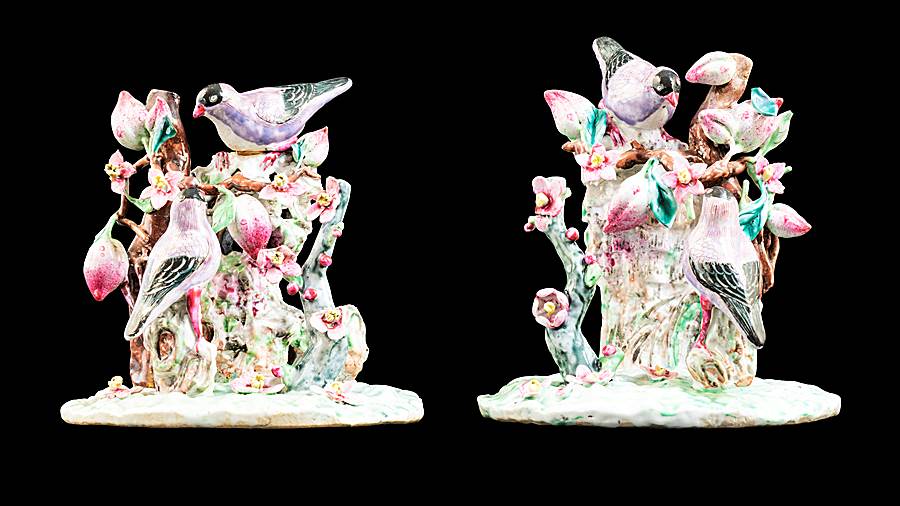 A fine pair of Chinese porcelain bird groups on flattened bases, each with pair of finches on branches with elaborately modelled fruit and flowers, all painted in bright famille rose enamels.

This pair is well modelled with fine detail and colouring. No others like this are recorded though a few examples of larger single passerines on stumps are known.  Bird groups of this type are known in English porcelain especially from Bow and Chelsea.
The original species shown here is somewhat stylised though it appears to be based on the Red Munia, Red Avadavat or Strawberry Finch  (Amandava amandava, L 1758) which is found now in parts of Western China. It has variable colouring though is often a brighter red and is one of the few Chinese passerines with a red beak.

References: Cohen & Motley 2008, p286, a pair of sparrows on stumps with similar colouring, from the James E Sowell collection.