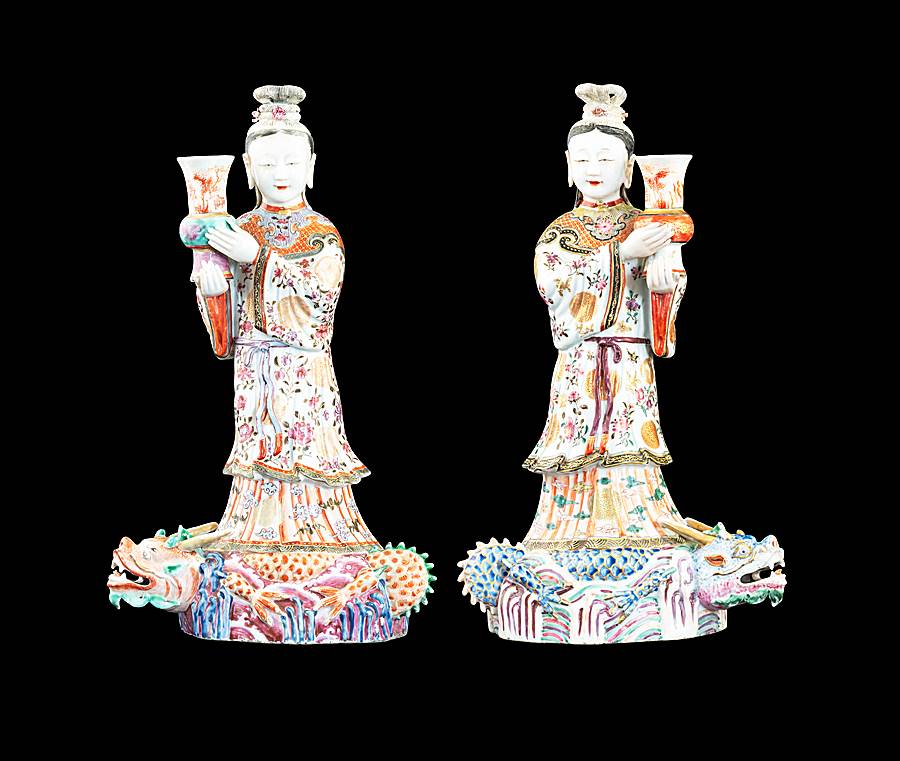 This form is a rare adaptation of the usual type, both as a wall pocket and also because of the inclusion of the dragons, though the heads of these also resemble the qilin heads in some export models.
The dragon is a male symbol (yang), connected to the east and the light, and adopted as a symbol of imperial authority. Dragons are rare in export porcelain figures, usually appearing as attachments to other objects, such as handles on vases.

The first dragon rose out of the sea, appearing before the sage Fu Xi and filling a great hole in the sky made by another monster; thus a dragon controls the weather and the seasons. 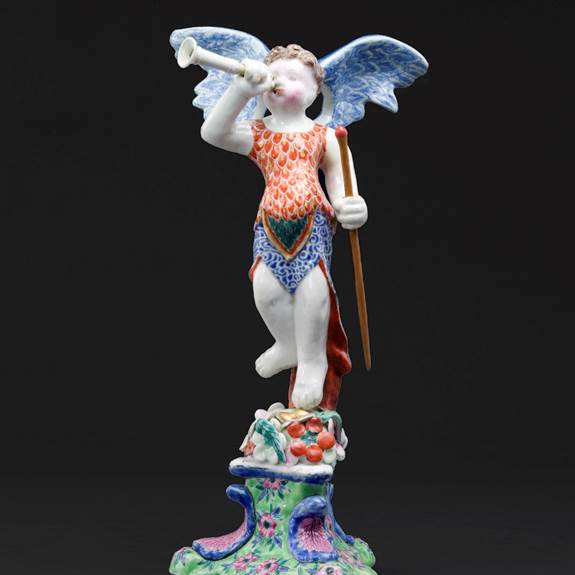